Longford IFC: Rathcline through to title decider in proving too strong for Fr Manning Gaels 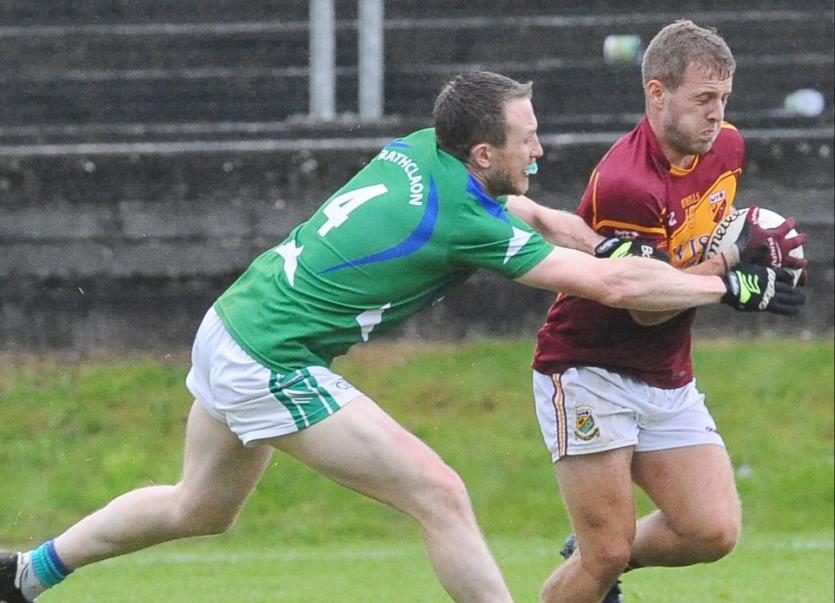 Dean Cosgrove on the attack for Fr Manning Gaels in this tussle with Rathcline defender Kevin Chapman. Action from the IFC semi-final at Glennon Brothers Pearse Park. Photo: Declan Gilmore

Reigning champions Rathcline booked their place in the Intermediate football title decider for the third time in the space of four years after producing a fine display to defeat Fr Manning Gaels in the semi-final at Glennon Brothers Pearse Park on Saturday evening.

Rathcline were on top in most positions on the pitch against a Fr Manning Gaels side who were forced to field without their most influential player Pauric Gill who is currently injured and he was sorely missed.

Goals from James Hanley and Shane Kenny in the closing stages of the first half left Rathcline in a comfortable 2-5 to 0-5 lead at the break and they continued to dominate on the changeover to run out most emphatic winners by the wide margin of 11 points.