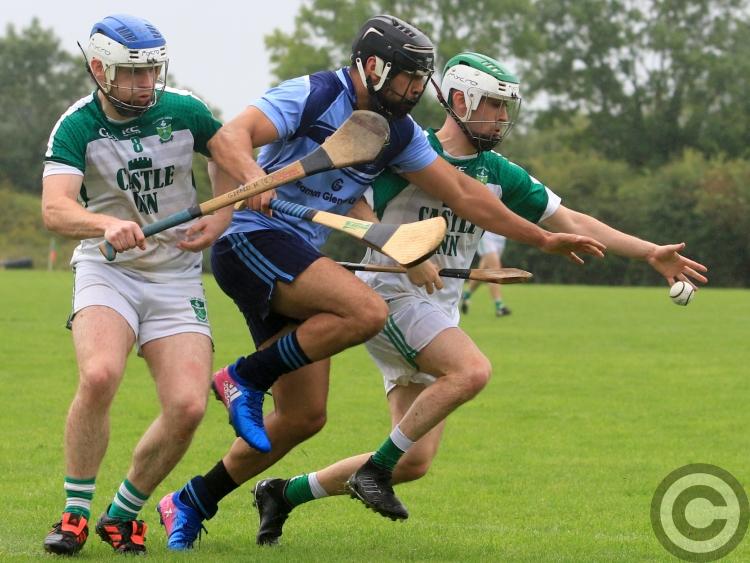 Clonguish players Gerard Moore (left) and Brian Gordon in a tussle for the ball against Slashers opponent Simon Davis. Action from the SHC Round 3 game at Devine Park on Sunday. Photo: Syl Healy

Clonguish Gaels are back in the County Senior Hurling Championship Final after a five point win over Longford Slashers at Devine Park, Edgeworthstown on Sunday.

Once again Joe O’Brien was their chief marksman with nine points (five frees) while Shane O’Brien scored the goal for Clonguish in the first half.

Slashers tried their best to get the win they needed to remain in the hunt for the title in producing a determined second half comeback after they trailed by 1-9 to 1-2 at the break with Reuben Murray getting the goal.

Slashers succeeded in closing the gap to just two points by the 52nd minute but Clonguish finished the stronger with scores from Paddy Corcoran and Joe O’Brien (2) to clinch a second victory in this year’s championship and now meet Wolfe Tones Mostrim in the county senior hurling final at the end of September.