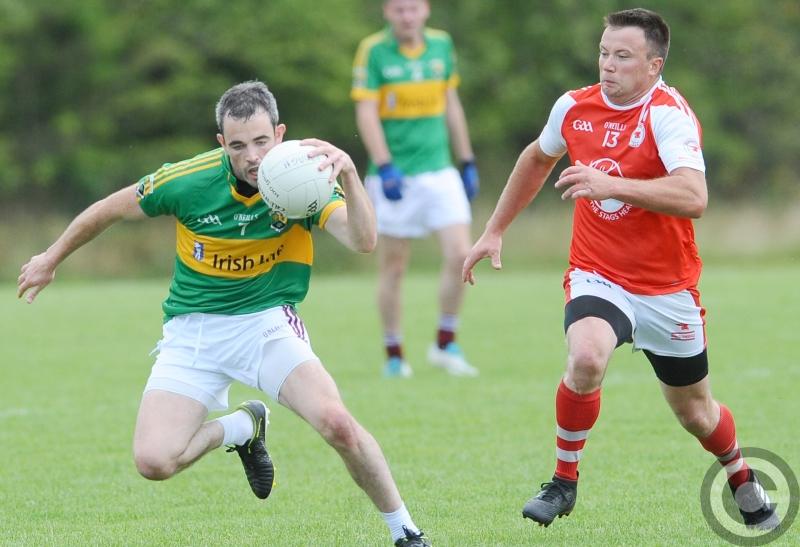 Gerard Farrell on the ball for Ardagh/Moydow in breaking away from Sean Connolly's opponent Paddy McDonnell. Action from the IFC Group 2 game. Photo: Declan Gilmore

Building on a brilliant start that saw them establish a commanding 0-6 to 0-0 lead midway through the first half, Ardagh/Moydow consolidated their grip on the game to overcome Sean Connolly’s in the crucial Intermediate Football Championship Group 2 clash at Devine Park, Edgeworthstown on Sunday.

Credit to Connolly’s and their chief marksman Dessie Reynolds for closing the gap to just two points (0-9 to 0-7) entering the final quarter of this tough contest but Ardagh/Moydow produced a very strong finish to win by the comfortable margin of seven points in the end.

While Ardagh/Moydow now advance to the Hennessy Cup quarter-finals, Connolly’s are out of the championship and are now facing a relegation play-off in the battle to retain their Intermediate status.

Top scorer for the worthy winners was Daryl Carrigy with five points from play to his credit, four of which materialised in the closing stages of the game as the superior amalgamation pulled right away to clinch the result they required.