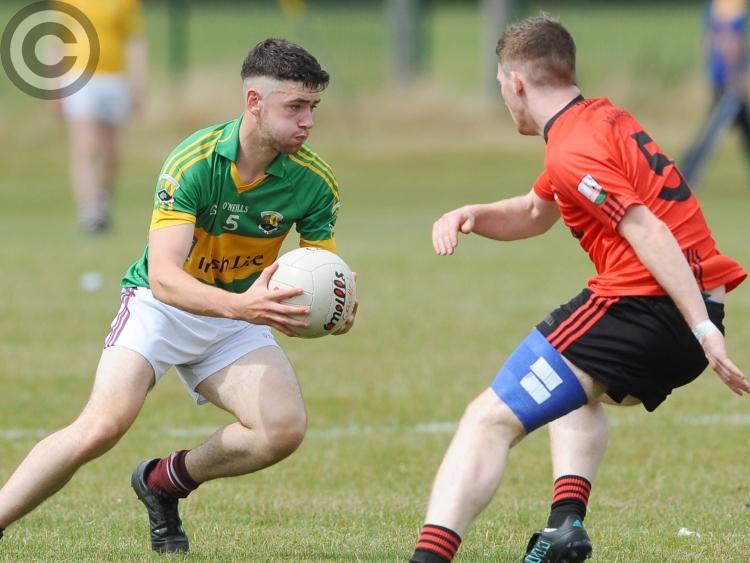 Conor Carroll on the ball for Ardagh/Moydow in his bid to evade the challenge of Cashel opponent Ciaran Killian. Action from the IFC Group 2 game in Kenagh on Sunday last. Photo: Declan Gilmore

Killoe are generally considered to be the main threat for the title holders Mullinalaghta and enter the championship arena this weekend with a clash against old rivals Longford Slashers.

The Dromard GAA grounds is the venue for this most intriguing game on Saturday evening (throw-in 7.30pm) and the pressure is on Slashers to get a result in their remaining Group 3 fixture against Emmet Og.

Enon Gavin’s side had victory snatched from their grasp in the draw against Dromard at Allen Park on Sunday evening last but the benefit of that match might stand to the sky-blues in their quest to survive in the championship.

Another nine games in the senior (5) and intermediate championships (4) are down for decision this weekend.

Complete coverage of all the games in the county championships last weekend in this week’s Longford Leader.

Also read the reports on wins for Fr Manning Gaels (v Sean Connolly’s) and Rathcline (v Kenagh) in the Intermediate Championship along with the drawn encounter between Ardagh/Moydow and Cashel.