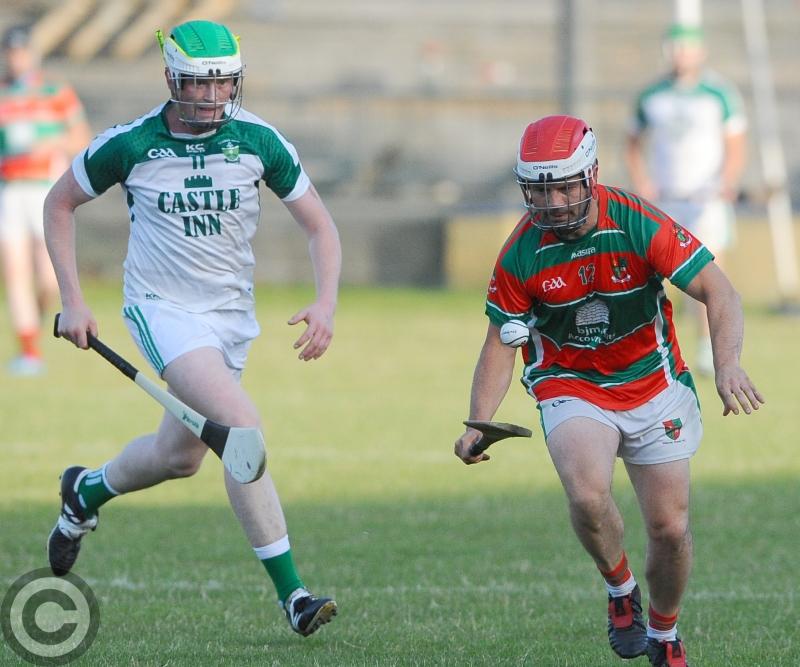 Michael Hussey on the ball for Wolfe Tones ahead of Clonguish Gaels opponent Paul Barden Jnr. Action from the Senior Hurling Championship Round 1 game at Pearse Park. Photo: Declan Gilmore

In clocking up a total of 2-5 the prolific Joe O’Brien proved to be the matchwinner for Clonguish Gaels who scored a narrow victory over Wolfe Tones Mostrim in a keenly contested Senior Hurling Championship Round 1 clash at Glennon Brothers Pearse Park on Friday evening.

The Longford hurling sharpshooter provided a constant threat and he had three other goal chances in the first half as Clonguish Gaels took a big step in the direction of a place in this year’s county final.

The pressure is now on the title holders Wolfe Tones who need a positive result in the Round 2 game against Longford Slashers on Friday 3 August to keep alive their hopes of winning the JJ Duignan Cup for the sixth year in a row.