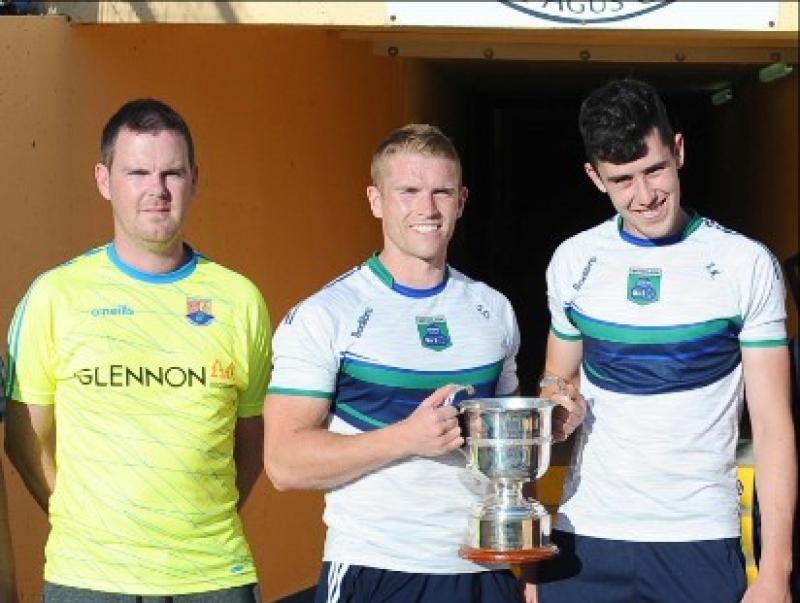 The battle for the Gerry Hennessy Cup begins this Sunday evening with a couple of Group 1 games kicking-off the 2018 Intermediate Football Championship sponsored yet again by the Mulleady Group.

The Clonguish GAA grounds, Allen Park, host the double bill and first into action are Ballymore and Young Grattans with a 6.30pm throw-in, followed by the clash of neighbouring rivals Rathcline and St Brigid’s Killashee, 8pm.

Rathcline are the reigning Intermediate champions and are generally regarded as the favourites to finish top of Group 1 with county senior players Liam Connerton, Shane Donohoe and Shane Kenny all expected to make a big impact.

Killian Lee, who was also part of the Longford squad this season, is the key figure on the Killashee team but the 2016 Intermediate title winners have been hit by injuries. Having said that, they should still be good enough to reach the knockout stages even if they suffer a defeat against Rathcline.

Abbeylara clubman Mickey O’Connor is the new manager of Ballymore and a boost for them is that Mattie Gorman is back in action this season after missing out on last year’s championship campaign as he was in the United States for the summer months.

But a possible negative for Ballymore is the injury concern over former county star Bernard McElvaney who was forced to retired with a hamstring strain in the Summer League Final defeat against Colmcille a couple of weeks ago.

In charge of Young Grattans this year is the former Colmcille and Killashee manager Tony McKiernan and he will be targeting a win over Ballymore in the quest to qualify from what is definitely the easier of the two groups with Kenagh having the bye this weekend.

Sean Connolly’s, Fr Manning Gaels, Ardagh/Moydow and Cashel are drawn to face each other in a very tough group and one of those teams is going to make an early exit from the Intermediate championship following the round-robin phase of fixtures.

The top team in each group will qualify directly for the semi-finals while the second and third placed teams will contest the quarter-finals. The bottom team in each group play each other with the loser relegated to Junior in 2019.

Prediction: Rathcline, Killashee and Ballymore likely  to advance from Group 1 with Fr Manning Gaels, Cashel and Connolly’s the probable qualifiers  from Group 2.