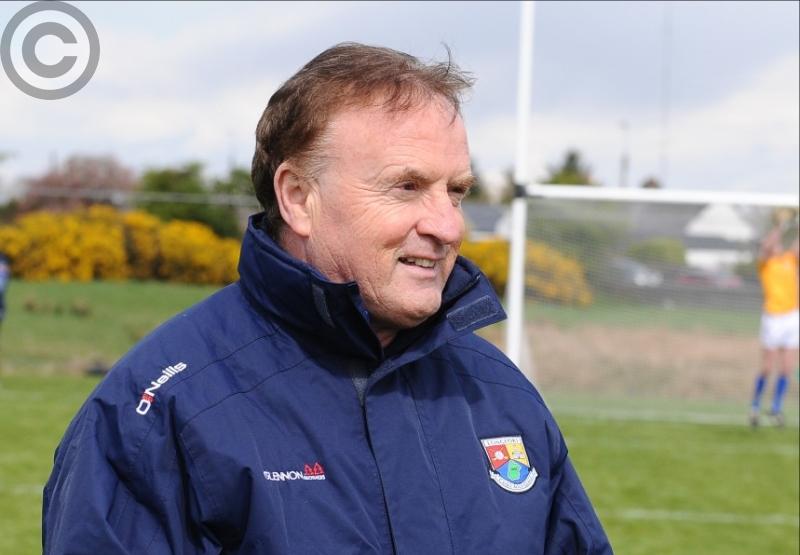 It is all about numbers for Longford in the stats for the big match against Meath on  Sunday next. It has been four years since the last Leinster Senior Football Championship tie was played in Glennon Brothers Pearse Park and three years since Longford’s last win in the provincial series.

It is 50 years since Longford’s only Leinster Championship title triumph and 30 years since they last reached the Leinster SFC semi-final.

Current Longford manager Denis Connerton is hoping his players can rise to the big occasion on Sunday but knows the strong challenge that Meath will pose.

“The winners go through to the semi-final and we have not been in a semi-final in 30 years. It would be fantastic to get a win but we realise how difficult it is going to be.

“We will have to play above ourselves and need our big players to really stand up; Mickey Quinn, Paddy Collum, Donal McElligott, Padraig McCormack, Darren Gallagher, Robbie Smyth and James McGivney. All these boys really need to put in big performances.

“We have the talent but people judge you on your championship performances.”

Meath had a below par league campaign but they impressed Connerton in their recent O’Byrne Cup title success over Westmeath.

He said: “Meath were very impressive. The fact that they played a large portion of the game with 14 men and then 13 speaks volumes of their ability.

“They have a very strong squad of players and we are familiar with their household names - Graham Reilly, Cillian O’Sullivan and Bryan Menton- but the star of the show in the O’Byrne Cup final was Donal Lenihan who scored 2-8.”

Longford have been hit by injuries for the championship clash against Meath but one thing they have in their squad is versatility.

“The versatility is great because we have players that can play in many different positions. We have a system of play and everyone is familiar with that.

“The big facts that we would be looking at ahead of the game are the amount of scores that we are capable of getting from different areas of the pitch and how strong defensively we were in the league,” commented Connerton.

In recent years Longford have had to endure a poor record in the provincial championship. After a fine league campaign Denis is hoping they can replicate that form in Leinster.

“We had a very good league campaign and we were just a matter of seconds away from gaining promotion to Division 2, only for Fermanagh to snatch a last gasp win.

“It’s up to us to put in a big performance on Sunday and that is the challenge but I firmly believe in this committed bunch of players.”

Connerton is calling on the Longford supporters to come out in force on Sunday and to get behind the team from the start.

“There will be a marvellous atmosphere at the match because a large section of the stand should be opened.

“We are expecting a big Meath crowd and I just hope that on the day that we are not outnumbered and there is a strong Longford presence at the game to cheer us on.”