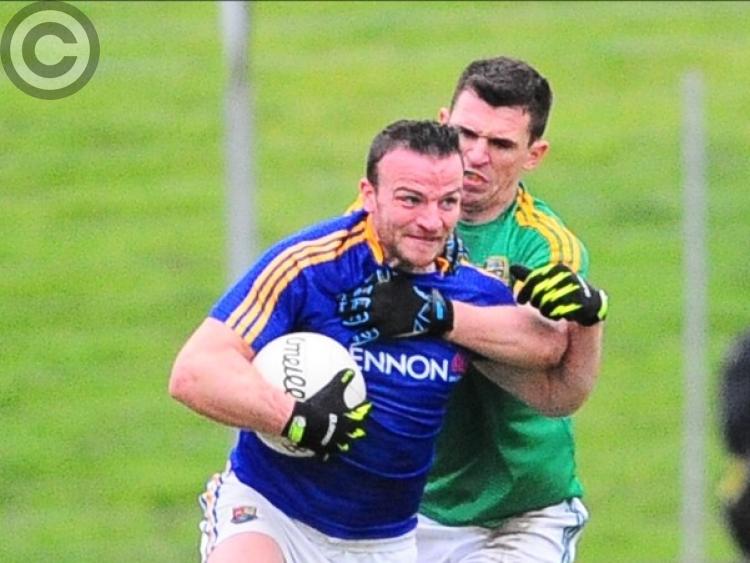 Longford captain Donal McElligott is under no illusions as to just how tough Sunday’s Leinster Senior Football Championship quarter-final against Meath will be.

While Longford have done their homework on the Royals, McElligott said that the main focus for his team is getting their own performance right.

“It’s a huge challenge. Meath are such a traditionally strong county and the great history that they have. They have been winning All-Irelands since our county last appeared in a Leinster SFC semi-final 30 years ago.

“Meath have been playing in a higher grade in the National League and Division 2 is a step up from the level we have been operating at.

“We are looking forward to the game and at the end of the day we will try and focus on our performance. That’s what we are working on.”

Longford’s form in the Leinster Championship in recent years has been poor and McElligott hopes that will not continue on Sunday. He does not want any regrets at the final whistle.

“It is all about on the day. In the last few years we have not really performed to our potential in the Leinster Championship.

It is seven years since the Mullinalaghta man made his senior championship debut for Longford and even now he gets excited about the big games. He is extremely proud and honoured to wear the blue and gold jersey.

“We are all representing our clubs, our families and the people of Longford.

“It’s a very tight knit county. It’s a huge honour for us to do that and as you go on in years you do realise that it’s not going to go on forever.

“You like to make the most of those opportunities. You do get a massive buzz out of it and I cannot wait for those few minutes before the throw-in. That’s where you want to be.”

For a few Longford players Sunday’s game will be their first Leinster SFC Championship fixture to be played on home ground.

“There are a lot of lads in our squad who would not have played a Leinster Senior championship game at Pearse Park.

“We expect to have a big crowd there to support us to match the large Meath following. It’s great to see the renovation work that has been done to get the grounds ready,” stated McElligott.

Having the game at home in Glennon Brothers Pearse Park is something that really motivates the players and Donal McElligott hopes they can go out and give the passionate home supporters something to cheer about. “It’s something to really look forward to. It’s an added incentive for us, having the match at home.

“At the end of the day it’s up to us to perform to the best of our ability and anyone that gets the jersey will be definitely ready for the task.

“Hopefully the crowd will be behind us but we have to give them something to shout about as well. It’s important and we understand that Longford people love their football and are dedicated to coming out to support us”