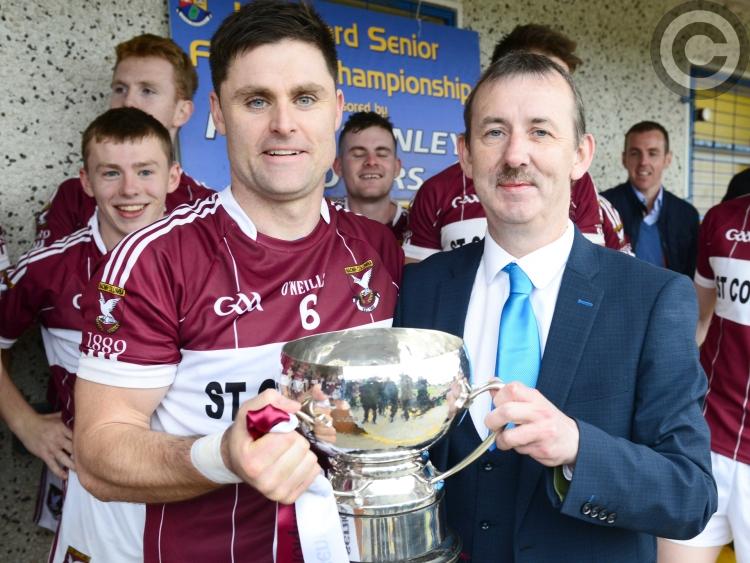 The draw for the 2018 Peter Hanley Motors Longford Senior Football Championship was made at the County Board meeting in Aras Ui Bhriain, Glennon Brothers Pearse Park on Wednesday night with Killoe, Dromard and Slashers clashing in the toughest group.

While two of the clubs in the so called ‘group of death’ will qualify for the quarter-finals, the bottom team will end up in the relegation play-offs.

Mullinalaghta St Columba’s, generally regarded as the Connolly Cup favourites in their quest to complete a magnificent three-in-a-row, will meet Colmcille, Carrickedmond and St Mary’s Granard in Group 2 with three teams making it through to the last eight.

Abbeylara, Clonguish, Mostrim and Ballymahon will battle it out in Group 1 to determine the other three places in the quarter-finals.

Some very intriguing games are in prospect, particularly in the Group 3 minefield, and the eagerly awaited 2018 Senior Football Championship is scheduled to start in the third week of July.

Relegation 2018: Bottom team in each of the three groups play each other with bottom team relegated.

Nine teams will compete for the Gerry Hennessy Cup in the Mulleady Group 2018 Intermediate Football Championship with Sean Connolly’s, Fr Manning Gaels, Ardagh/Moydow and Cashel drawn to face each other in the most difficult group with three teams to qualify for the knockout stages.

The title holders Rathcline are pitted in Group 1 along with neighbouring rivals St Brigid’s Killashee with Kenagh, Young Grattans and Ballymore also in the battle to determine which three clubs will make further progress.

The bottom team in each group play each other with the loser relegated to Junior in 2019.

Legan Sarsfields plus second strings of senior and intermediate clubs.

ALSO READ: Longford U-17s battle back in the final quarter but Laois hold out for the win 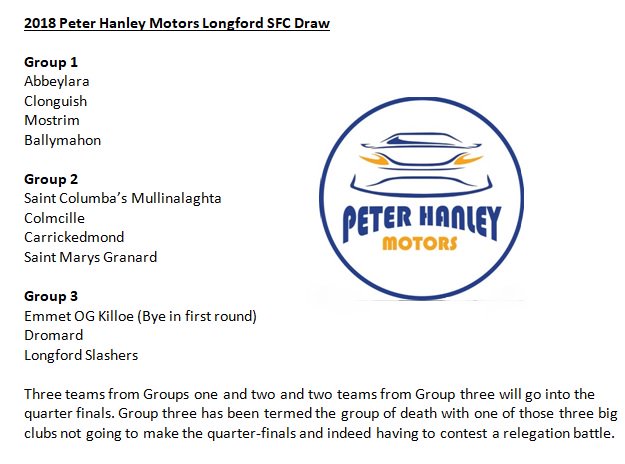