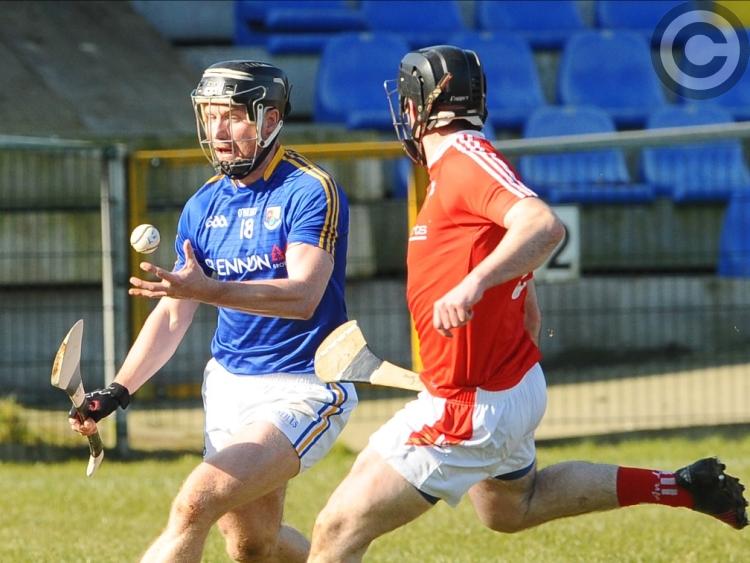 Cathal Mullane pictured in action for the Longford hurlers against Louth in the National League Division 3A clash at Glennon Brothers Pearse Park on Sunday. Photo: Declan Gilmore

A seven point defeat against Louth at Glennon Brothers Pearse Park on Sunday, coupled with Tyrone getting the better of Roscommon, resulted in the Longford senior hurlers relegation to Division 3B of the National League.

Longford knew a win against Louth would bring the relegation battle down to the final game in Division 3A against Tyrone on Sunday next but unfortunately that didn’t materialise.

Clare native Niall Arthur was outstanding for Louth scoring 4-12 of his side’s 4-17. Longford were also dealt a huge blow just before the break when Cathal Mullane was harshly sent off for a supposed off the ball incident. They also lost Daniel Connell right at the end while Louth substitute John Crosbie was sent off in the 62nd minute.

Credit to Longford they battled in this game and only trailed by a point at the break (1-8 to 3-1) but with Arthur in superb form and with the loss of Mullane it was always going to be hard for the 14 men.