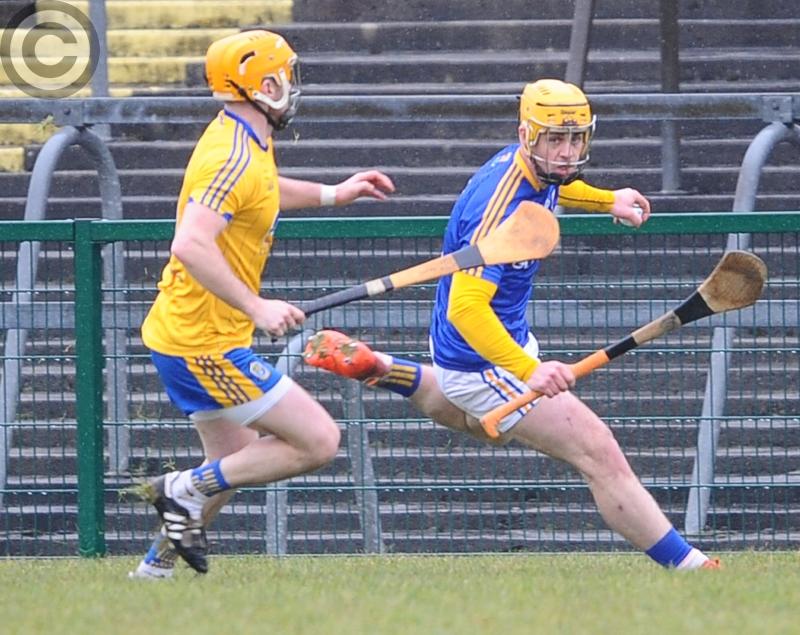 Karl Murray pictured in action for Longford against Roscommon in the National Hurling League Division 3A game at Hyde Park on Sunday. Photo: Declan Gilmore

Although just three points behind at the break, 1-10 to 1-7, Longford (with chief marksman Cathal Mullane getting the goal in the first half) eventually found the going very tough against Roscommon as they suffered their third defeat in Division 3A of the National Hurling League.

Roscommon were operating in the Christy Ring Cup for the past two seasons, playing at a higher level, and are considered the prime contenders for promotion to Division 2B in the league.

Longford (who were dealt a significant blow when centre-half-back Bart Hanley was forced to retire injured with just 13 minutes gone in the first half) kept with Roscommon for as long as they could at Hyde Park on Sunday but the home side pulled away in the final 15 minutes. They were sharper and used the ball better with Daniel Glynn their main man in clocking up the most impressive total of 14 points.

The Colum O’Meara coached Longford are pointless at the bottom of  the table and their remaining two games are at home to Louth and Tyrone in the fierce battle to avoid relegation.

Injury ruled out key player Joe O’Brien against Roscommon but he is expected to be back for the crunch clash against Louth at Glennon Brothers Pearse Park on Sunday next, throw-in 12.30pm.