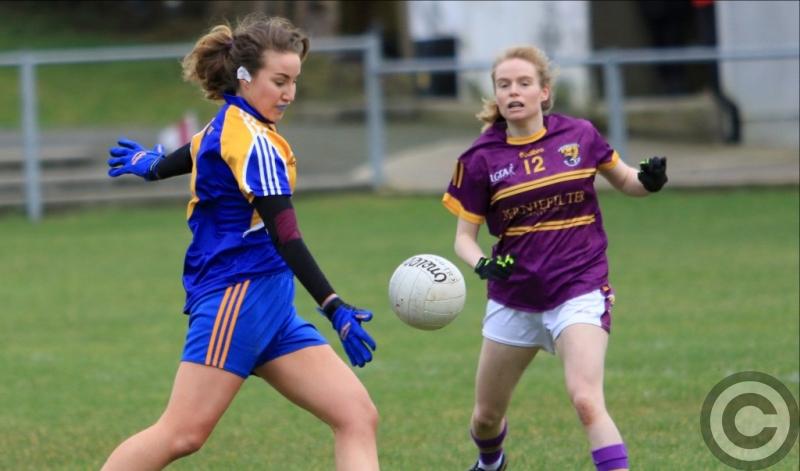 Michelle Noonan pictured in action for the Longford ladies against Wexford in Division 3 of the National League at McGann Park, Kenagh on Sunday. Photo: Syl Healy

Longford suffered a defeat against Anthony Masterson’s Wexford in the opening game of Division 3 of the Lidl Ladies Football National League played at a windy McGann Park, Kenagh on Sunday.

It was a tough task for a new look  Longford side who were missing a few experienced players from last year’s team that gained promotion in winning the Division 4 league title.

Under the guidance of former county star Paddy Dowd, Longford produced a decent performance against a strong Wexford side. There was just three points between them at the break: Wexford 1-7 to Longford’s 1-4.

Wexford got two goals in the final 10 minutes with Maria Byrne raising the green flag twice to kill off the spirited Longford challenge.

Longford face a daunting trip to Meath on Saturday next to take on the current Leinster Intermediate Champions who opened their league campaign with a win over Down on Sunday. .