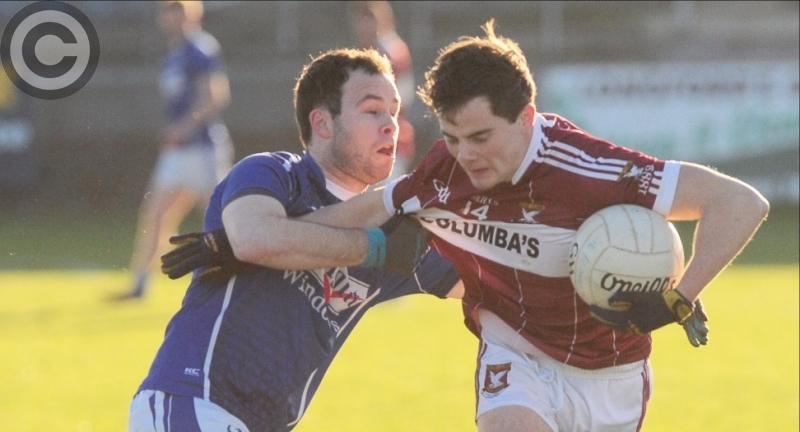 Holding a commanding six points lead (1-11 to 0-8) at one stage of the second half after Rian Brady shot over the bar in the 49th minute, Mullinalaghta had victory snatched from their grasp as St Loman’s staged a great recovery to come out on top in the exciting finish.

Just the minimum of margins separated the sides in the Leinster Club Senior Football Championship quarter-final at Glennon Brothers Pearse Park on Sunday and the reward for St Loman’s is home advantage in the last four clash against Simonstown Gaels Navan.

The major turning point materialised in the 54th minute when the Mullingar outfit were awarded a penalty following a foul on substitute Kieran Kilmurray after St Columba’s gave the ball away and up stepped John Heslin to fire home a decisive goal that closed the gap to just a single point.

It was all square in the 59th minute when another of the influential St Loman’s replacements, Ciaran Lynam, was on target from a tight angle and the Westmeath champions got the winning point in the lengthy stoppage time when centre-half-back Paddy Dowdall surged forward to land a terrific score.

It was a sickening loss for so unlucky Mullinalaghta who played really well with the aid of the strong wind in a fast and furious first half and were full value for their 1-8 to 0-7 lead at the break with David McGivney scoring a cracking goal as early as the 4th minute.

However, the Longford champions were guilty of kicking six wides in the first half and those missed chances proved to be very costly indeed in the finish.