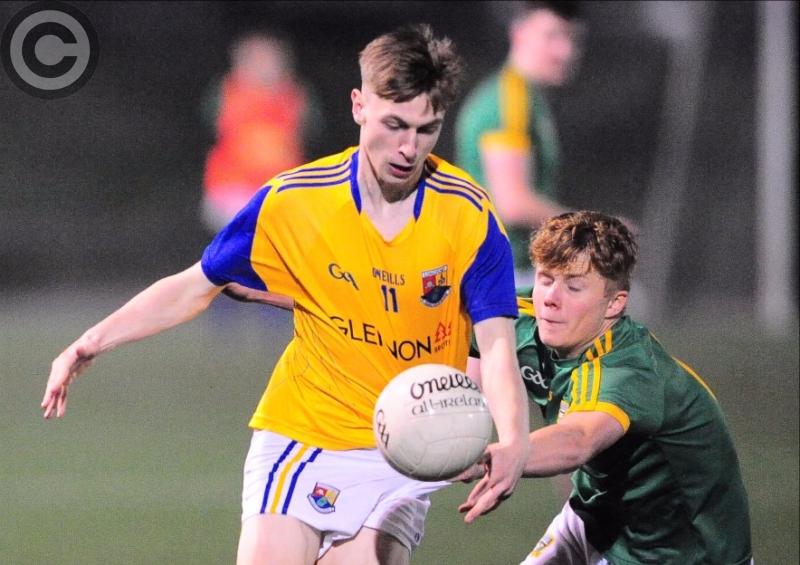 Longford's U-16 footballers have completed the group stage of the Fr Manning Cup without a win for the second year running as they had to settle for second best against Meath at the St Loman’s GAA grounds, Mullingar on Wednesday night last week.

Niall Mulleady's charges were defeated by a physically stronger Meath side which dominated the midfield battle and controlled possession for long periods in the game.

Meath had a well drilled defence, a slick attacking strategy and serious power and they have two teams competing in the Fr Manning Cup tournament this year.

Longford had to start without a couple of key players, injured forward Cian Dooner and midfielder Euan Finneran, but both were brought on in the second half.

Brian O' Hanlon and David Bell opened the scoring for Meath before Reece Leonard registered Longford's first score from a free in the 10th minute.

Sean Martyn increased Meath's lead again and while the dangerous  Keelan McGann notched a good point for Longford, the next three scores were landed by the Royals as O'Hanlon, Bell and midfielder McBride pointed.

Longford's centre-half-forward Jordan Martin and David Bell exchanged  scores before the break and they were rather fortunate to be trailing by just four points at the break, 0-7 to 0-3. considering they had been largely outplayed by Meath in the first half.

Longford seemed a more focused team at the start of the second half, with greater method and pace to their attacking play and registered 1-2 without reply to take the lead for the first time.

Reece Leonard pointed a free before Reece Reilly clocked up 1-1 in the space of a minute. A rapid counter attack found the Abbeylara ace in splendid isolation and he showed great composure to finish emphatically to the net to leave the score 1-5 to 0-7.

Meath came storming back to regain their grip on the game with David Bell firing over a brace of points with Bryan McCormack also on target.

While wing back Eoghan McCormack surged forward to give Longford a glimmer of hope with his scintillating solo goal, David Bell capped off a man of the match performance with a further two points.