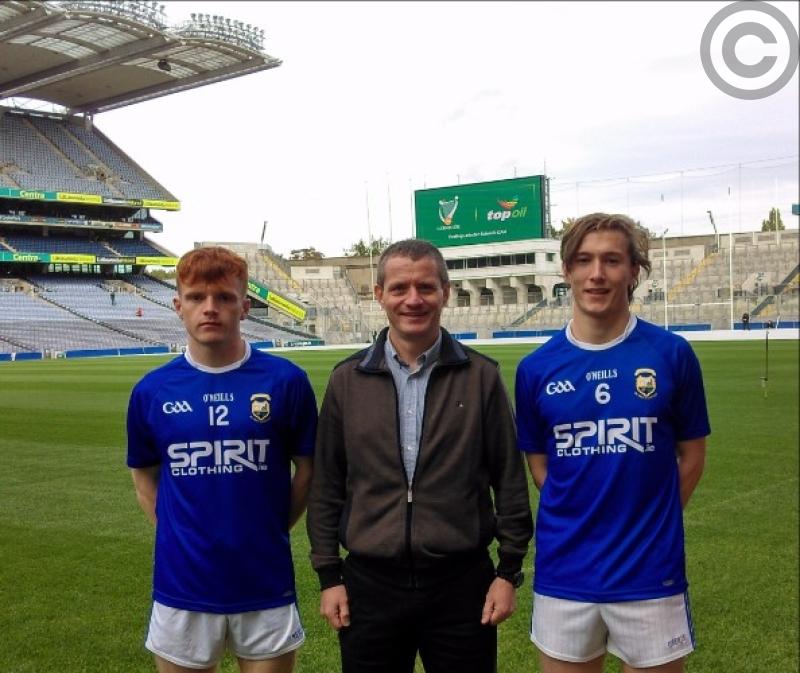 St Mel’s College have been drawn in a tough group against Patrician College, Newbridge and St Aidan’s, Whitehall (Dublin) in the Leinster Schools Senior ‘A’ Football Championship this season with one of these teams qualifying for the quarter-finals.

A large crowd gathered in Croke Park on Tuesday for an open draw to decide the new group stage format for the Top Oil Senior ‘A’ Championship, which will also carry a new name in honour of the late Br Bosco Mulhare.

The draw was performed by Kildare senior football star and PwC all-star nominee Daniel Flynn – himself a former Leinster and All-Ireland winner with St Mary’s of Edenderry in 2012.

Leinster GAA Chairman Jim Bolger said: “This Top Oil Senior A Cup has a long and proud tradition in Leinster GAA. By expanding its format to provide more games at a high-level of competition we believe it can be a crucial tool in the work we are doing to raise standards across the province.

“In Br Bosco we also have someone worthy of recognition. He gave selflessly of his time and was passionate about Gaelic Games and left a positive legacy from his work with the Patrician order in Tullow, Newbridge and Ballyfin.

“Thanks to our generous support from Top Oil we are able to maintain our tradition of supplying free playing equipment to the 240 plus schools who are affiliated to Comhairle Laighean every year.”

Gerard Boylan, CEO of Top Oil said: "Like the GAA, we are invested in the communities which we are proud to serve. We have a long tradition of links to Gaelic Games through our staff and are delighted to sponsor this important competition which develops young talent. Best wishes to all the teams in pursuit of Top Oil Schools success this season."

The new format ditches the straight knockout competition of previous years. In addition to the 18 teams in six opening round groups there are also five combined schools teams representing Drogheda Schools, Dundalk Schools, Louth Schools, Offaly Schools and Wicklow Schools who will play off to reach the quarter-finals.

The opening games in the battle for the Br Bosco Cup are due to take place the week of November 15. The draw for the group stage is as follows: