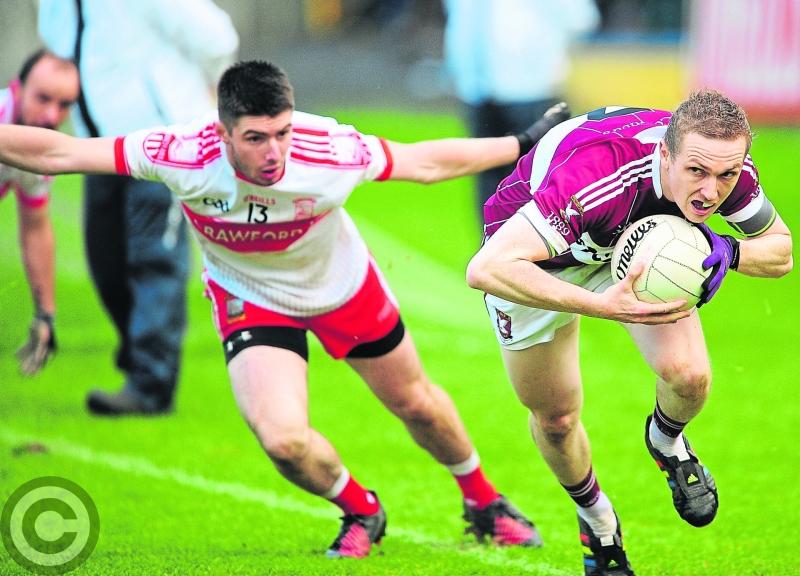 Mullinalaghta are just one step away from achieving the magnificent feat of winning back-to-back senior football championship titles while Abbeylara will be seeking revenge for the bitter disappointment of defeat against the same opposition in last year’s final.

Having also lost the 2015 county final against Killoe, can it be a case of third time lucky for Abbeylara in their quest to capture the coveted Connolly Cup for the first time since in 11 years or will Mullinalaghta St Columba’s emerge victorious yet again in the eagerly awaited 2017 title decider at Glennon Brothers Pearse Park on Sunday next, throw-in 4pm.

Needless to say, the rematch between the neighbouring rivals is generating a lot of interest and adding extra spice to this intriguing clash is the Cavan connection.

The Abbeylara coach  is Danny Brady from Mullahoran while Cavan Gaels clubman Mickey Graham is the manager of Mullinalaghta.

Robbie Smyth is the chief marksman for Abbeylara in this year’s senior football championship, clocking up a total of 1-33, while St Columba’s top scorer  in the current Connolly Cup is David McGivney who has registered a tally of 0-25.

The eventual winners of the Longford SFC final on Sunday will have home advantage against the Carlow champions in the Leinster Club first round game on October 29.

Inside this week’s Leader is a special supplement on the big match along with a preview of the Minor Football Championship final with Killoe Og taking on the Carrickedmond/Legan/Kenagh/Moydow amalgamation in the curtain-raiser, 2pm.