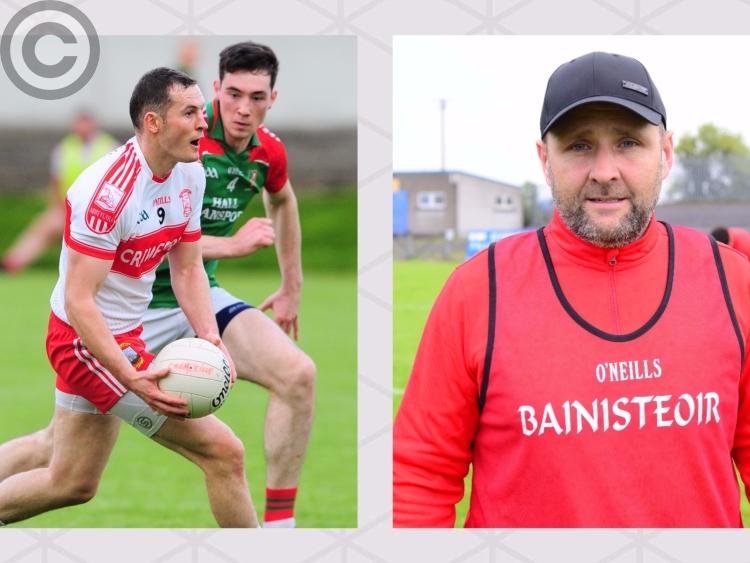 While Abbeylara are aiming to reach the county final for the third year in succession in their determined bid to make amends for the bitter disappointment of the defeats in 2015 (v Killoe) and in 2016 (v Mullinalaghta), further progress will probably be hard earned against Mostrim who might be hard beaten.

The second senior football championship semi-final is down for decision at Glennon Brothers Pearse Park this Saturday evening (throw-in 5.45pm) and the general opinion among the GAA followers around the county is that the runners-up for the past two years are the firm favourites to come out on top despite the struggle to overcome Colmcille in the previous round.

Just a single point separated the sides in the finish and Abbeylara are still depending heavily on county star Robbie Smyth for the vast majority of their scores. The deadly accurate Smyth was in superb form, shooting 13 of the 15 points, and surely the time has come for the other forwards to make their presence felt in the latest attempt to win the Connolly Cup.

Jason Kelly and Padraig Berry did manage a point apiece against Colmcille but the other players who started in the attack the last day, notably Conor Berry, Nigel Rabbitte and Kieran Mulvihill, all failed to register a score and this is a cause for concern.

Abbeylara last won the senior football championship back in 2006 and it is becoming a frustrating wait to make the breakthrough. The ability is certainly there and maybe their new manager, Danny Brady from Mullahoran, can get the north Longford club across the line in the race for the title.

Mostrim have proven on a few occasions in the recent past that they are capable of springing a surprise and have already caused a stir in the current campaign when a couple of late goals caught out Clonguish in the opening round of the group stage.

It was not so good against Abbeylara in the next round when they ended up well beaten by seven points and the fact that Robbie Smyth was not playing for the opposition on that occasion suggests that the Edgeworthstown side are up against it in the semi-final.

In fact, Mostrim were fortunate to survive against Carrickedmond in the final group fixture when Brian Farrell was a notable absentee but he was back for the quarter-final clash against Ballymahon.

Farrell is the main man for Mostrim with the potential to make a major impact at midfield and he was a most influential figure in the comfortable 1-16 to 0-12 victory over Ballymahon.

David Morgan, returning to action this season after a break from the game, was very impressive in scoring 1-6 (all from play) in the last eight clash and with other dangerous forwards in Cillian Lynn and Darragh Doherty the Abbeylara defence could be under pressure.

Seamus Hannon, Shane Kiernan and the Coyle brothers Martin and Fintan are other vital cogs in the Mostrim machine managed by one of their own, Jack Lynn, and the Edgeworthstown outfit will be hoping to cause an upset in the quest to qualify for the county final for the first time since 1992 when they last won the Connolly Cup.

Who will win the SFC semi-final replay?

The curtain-raiser to the Abbeylara v Mostrim SFC last four clash on Saturday is the meeting of Mullinalaghta and Clonguish in the semi-final replay (throw-in 3.45pm) and the general opinion is that St Columba’s can succeed at the second attempt after their lucky escape in the drawn game last weekend.