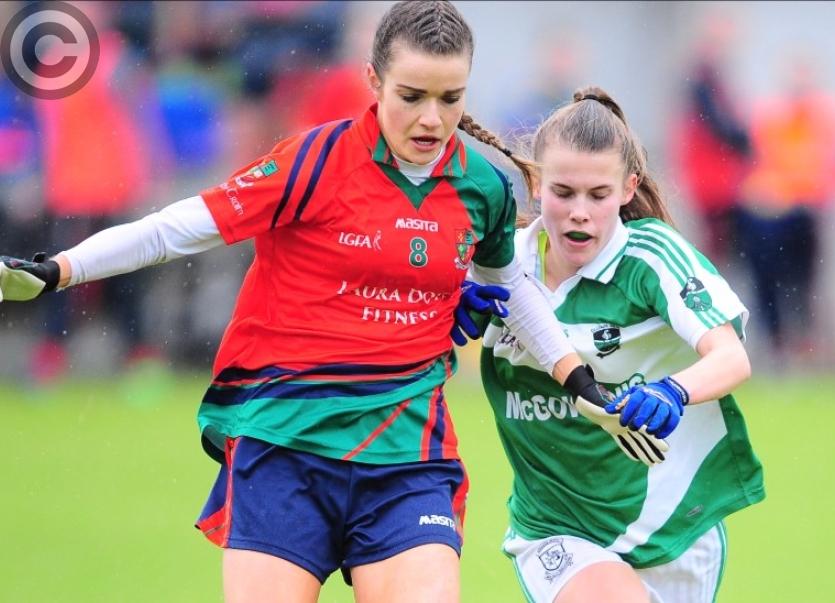 Clonguish and Mostrim must do it all again in a replay at the Monaduff grounds, Drumlish on Monday night next September 25th (8.30pm) after the Longford Ladies Football Senior Championship Final ended in a draw on Saturday last.

There was very little between the sides as they enjoyed periods of dominance during the final at Glennon Brothers Pearse Park last weekend that was spoiled by the wet and miserable weather conditions.

Credit to Mostrim who put in a terrific performance especially in defence with county star Leanne Keegan in exceptional form at full-back.

In the forward line one player stood out and that was Michelle Burke. Burke showed what a fantastic club person she is by togging out for her side despite her grandmother passing away on Thursday night last; her removal was Saturday evening.

Aoife Darcy and Aisling Greene proved their worth for Clonguish by getting most of their points in the game. The Newtownforbes side held a three point lead twice in the game but had to rely on a Darcy free in the 56th minute to earn them the draw.

Both sides ended the game with 14 players after Danielle McLoughlin (Mostrim) and Niamh Darcy (Clonguish) were sin binned.

Mostrim made a great start to the game with Rachel Cheevers and Burke (two frees) giving them a three point lead, 0-3 to nil. Louise Monaghan also had a chance that just went wide of the goal.

Up the other end Mostrim were defending well and Clonguish found it hard to get scores. They didn’t open the scoring until the 17th minute but by the 21st minute they had levelled matters. A fine Aisling Greene point put them ahead for the first time in the 22nd minute, 0-4 to 0-3.

A Darcy free and another Greene point gave them a three point lead in the 23rd minute. After being out of the game Mostrim had a goal chance in the 28th minute but Ikeya Collins’ effort was blocked out for a ‘45. Gemma Kenny kicked over a fantastic point in the 30th minute; their first score in 18 minutes to leave Mostrim trailing at the break by 2 points. Half-time: Clonguish 0-6 Mostrim 0-4.

Collins cut the gap to one point in the 33rd minute but Clonguish replied with Greene and Darcy (free) restoring their three point advantage in the 38th minute, 0-8 to 0-5. Mostrim very nearly scored a goal in the 42nd minute; Mairead Victory’s shot went through the hands of Jessica Stewart, Caitriona Moore was on hand to clear but the referee had his hand up for advantage. Burke kicked over the resulting free.

Another Burke free and a point from play drew Mostrim level in the 48th minute, 0-8 apiece. The momentum was with Mostrim and in the 52nd minute Burke put her side ahead for the first time since the 12th minute.

Clonguish got down the field and in the 56th minute another Darcy game saw Clonguish draw the game. Danielle McLoughlin was sin binned in the 57th minute for Mostrim but Clonguish were unable to make use of their numerical advantage.

There was six minutes of additional time  at the end of the game and despite both sides enjoying possession they couldn’t muster up that vital score that would claim a dramatic win. Clonguish also ended the game with 14 players after Niamh Darcy was sin binned.