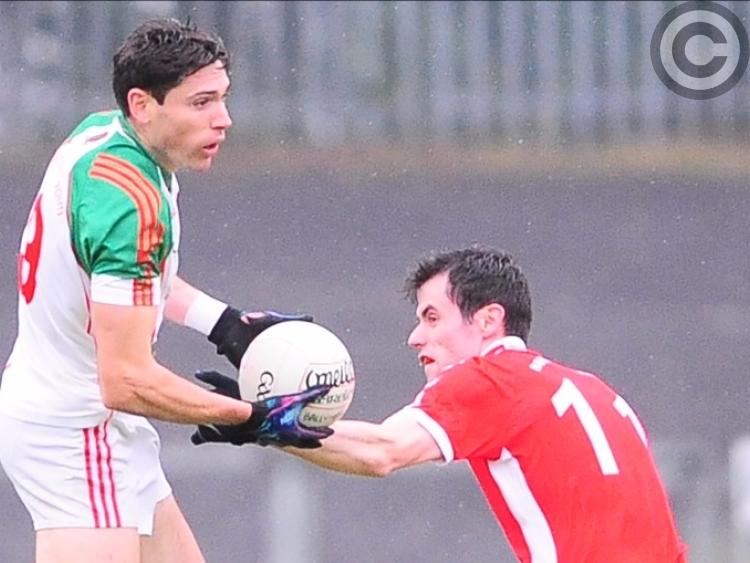 Brian Farrell on the ball for Mostrim in this tussle with Ballymahon opponent Thomas Mulvihill. Action from the Senior Football Championship quarter-final on Saturday evening. Photo: Declan Gilmore

Mostrim reached the Senior Football Championship semi-final with a comfortable win over Ballymahon in the last eight clash at Glennon Brothers Pearse Park on Saturday evening.

From the start Mostrim were the superior side but points either side of the interval brought Ballymahon back into the game as they cut the four point half-time deficit (0-11 to 0-7) to just two with three minutes gone in the second half. But they could not get any closer to Mostrim who in a decisive four minute spell scored 1-2 to halt the Ballymahon comeback.

David Morgan scored the only goal in the 39th minute and also fired over six points (all from play) in producing an excellent display.