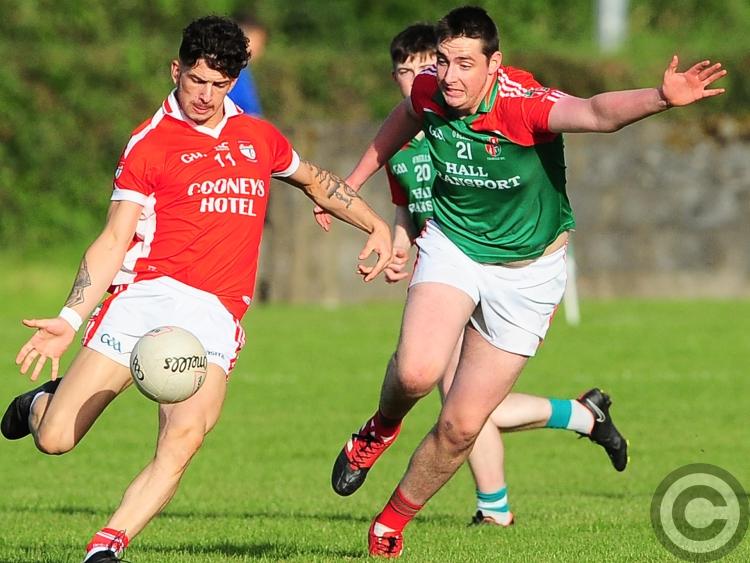 Joe Kelly on the ball for Ballymahon in evading the challenge of Colmcille opponent Fergal Sheridan. Action from the Senior Football Championship Group 3 game at Allen Park. Photo: Declan Gilmore

Both sides will feature in the latter stages of the championship though as Ballymahon outdone Fr Manning Gaels on scoring difference to consolidate their place in the last eight.

Colm Flynn kicked 9 of Ballymahon's 11 points and the first of his 8 frees opened the scoring in the 4th minute against Colmcille. With Flynn's deadly placed ball accuracy and the lightning fast Joe Kelly on board Liam Keenan’s side will be quietly confident of beating Mostrim in the quarter-final.

Colmcille face Abbeylara next and if they overcome that challenge they will fancy themselves to reach the decider and will certainly have no fear going into the quarter-final.