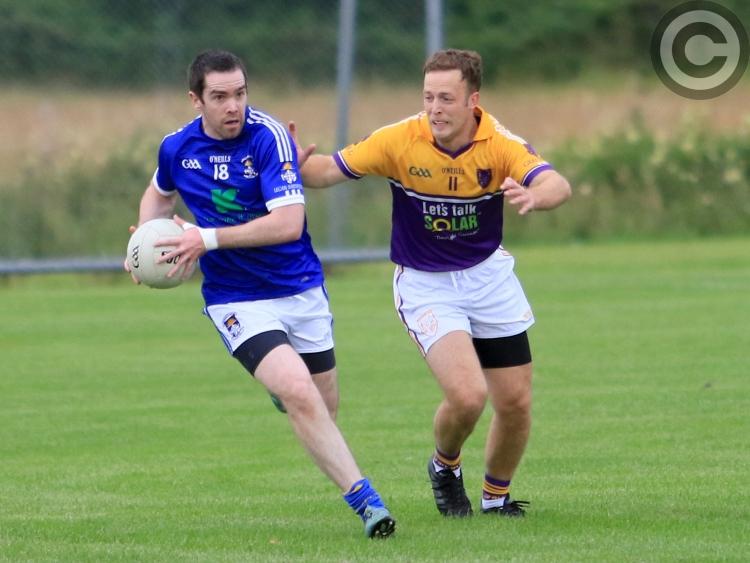 In the aftermath of the very controversial Longford Intermediate Football Championship first round clash between Legan Sarsfields and Young Grattans at Leo Casey Park in Ballymahon on Saturday evening last, the two clubs have been thrown out of the competition but have three days to appeal the decision made by the County Competitions Control Committee (who met on Monday night) to the County Hearings Committee.

The shocked spectators at the match in Ballymahon last weekend witnessed disgraceful scenes in an extremely nasty end of match bust up. After a late goal and a point from Kevin Jones secured the victory for Grattans, all hell broke loose as players from both sides exchanged several blows in a frightening fracas that lasted for a few minutes before order was eventually restored.

Whatever about the circumstances that led to the mass brawl, there is no excuse for this terrible behaviour in such a ferocious row.

Mark Glancy, a new referee, had to deal with this mess and his report was discussed by the Longford GAA CCCC on Monday night and who subsequently proposed that both Legan Sarsfields and Young Grattans be expelled from the 2017 Intermediate Football Championship.

If Legan and Grattans decide to appeal the proposed sentence handed down by the CCCC then the case is expected to go before the Longford GAA County Hearings Committee on Friday night.

The clubs are listed to play Round 2 games in Group 1 of the Longford Intermediate Football Championship this weekend with Young Grattans v Rathcline at Moran Park in Carrickedmond on Saturday evening (7pm) and Legan Sarsfields v Cashel at McGann Park in Kenagh on Sunday (2pm).