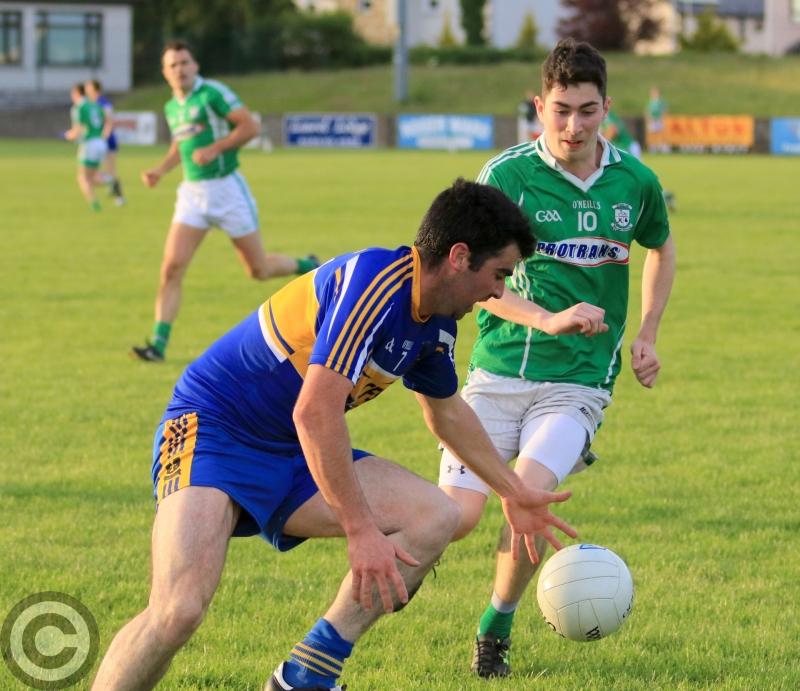 A cracking goal from Ciaran Williams in the closing stages of the first half paved the way for Clonguish to score a well deserved win over Dromard in Division 1 of the All County Football League at Allen Park on Friday evening.

Dromard failed to convert a couple of clear-cut goal chances in the early stages of the game but once Clonguish settled down to play some very constructive football they were unquestionably the superior side and ended up in a comfortable 1-9 to 0-6 advantage at the break on the way to victory.

Full report and pictures in next week's Longford Leader, on sale on Wednesday