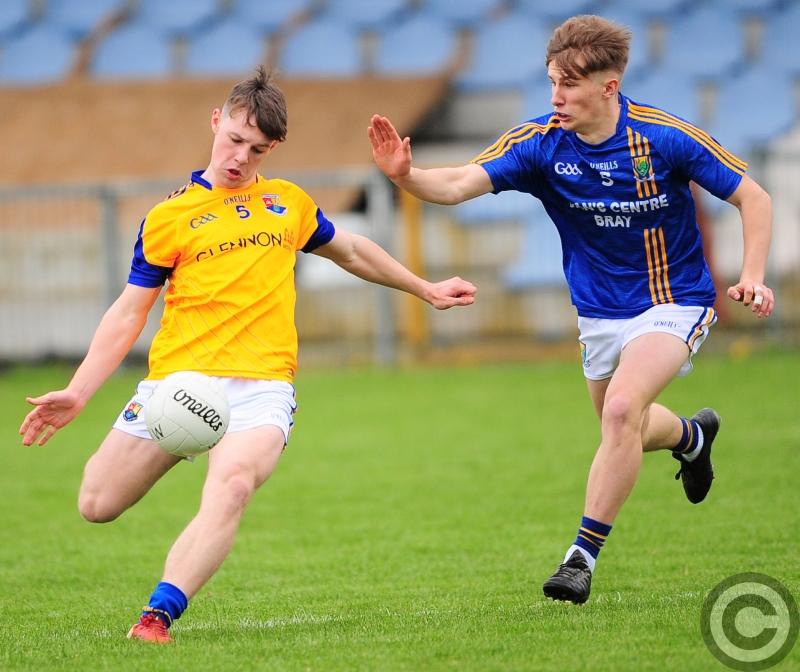 Although they had the fairly comfortable margin of five points to spare in the finish, the Longford U-18 footballers had to withstand a very determined Wicklow comeback before they eventually made sure of their place in the Leinster Minor Championship quarter-finals on Saturday May 20.

Inspired by excellent wing back Shane Farrell who fired over four cracking points in the early stages of the Round 1 clash at Glennon Brothers  Pearse Park on Saturday last, the rampant home county appeared to be cruising to a comprehensive victory after establishing a commanding 1-11 to 0-0 advantage with 26 minutes gone in the first half.

Full-forward Kyle Kenny scored the goal in the 7th minute, latching on to a high ball in from Gerard Flynn, while the other points were registered by Robbie O’Connell, a brace apiece from Dylan Farrell and captain Ciaran Reilly (one free) with Kenny and Joseph Hagan also shooting over the bar.

Woeful Wicklow were seemingly dead and buried but the introduction of influential substitute Jordan Deans (who for some reason or another did not start) gave them a new lease of life as they finished the first half strongly with three points in a row (two 45s and a free) from No. 14 Gearoid Murphy.

The dangerman Deans struck to score a goal with just 25 seconds gone on the changeover, after his initial attempt was saved by opposing keeper Jack Fox, and less than a minute later Padraig O’Toole planted the ball in the back of the Longford net to make it very interesting indeed as the gap was closed to five points.

That was really putting it up to Longford and while they got a lucky break when the umpire signalled a point for a Ciaran Reilly free that was clearly wide in the 4th minute of the second half, back came Wicklow with a brace of points (free and play) from their chief marksman Gearoid Murphy.

While the pressure was eased on Longford when Dylan Farrell landed a well struck free in the 41st minute, there was now a far greater urgency about Wicklow and three more scores followed from Murphy (two frees) in quick succession to remarkably leave just two points (1-13 to 2-8) separating the sides.

But great credit to Longford who showed a lot of character in refusing to panic and after half-time substitute Paddy Duggan kicked over a very vital point in the 48th minute the scores began to flow again.

Ciaran Reilly then shot over the bar to give Karl Dermody’s charges a bit of breathing space again and a further brace of points apiece from Dylan Farrell (play and free) and the outstanding Shane Farrell put the issue beyond all doubt.

The two Farrells (no relation) clocked up the impressive total of 11 points between them in making a major impact, with a super six from Shane, and while it is always a fine achievement to cross the first hurdle in the championship the Longford management team do not need to be told that the task will be a lot tougher in the last eight.

Wicklow battled it out to the bitter end with Jordan Deans grabbing a consolation goal in the 57th minute and after coming from 14 points behind approaching the break the boys from the garden county can take some positives from this defeat as they prepare for their second chance in the qualifiers.

The draw for the quarter-finals of the Leinster Minor Championship will not be made until after the  three qualifier games are played.