Longford senior and U-21 footballers in action 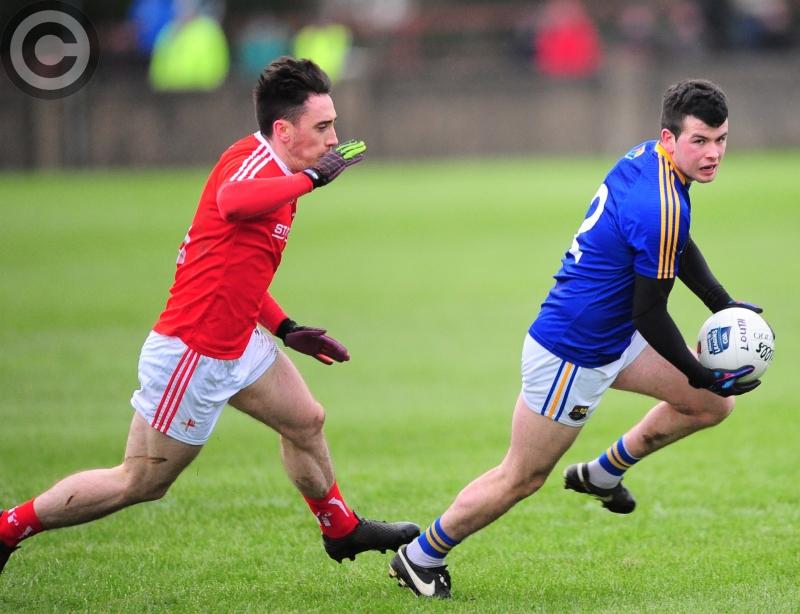 Barry McKeon pictured in action for Longford against Louth in Round 2 of the National Football League.

Longford footballers are facing a couple of very crucial games ahead with the seniors taking on Armagh in Division 3 of the National League while the U-21s are away to Kildare in the Leinster Championship quarter-final.

First into action are Denis Conneton’s side who will be hoping to make the most of home advantage when they take on Armagh at Glennon Brothers Pearse Park on Sunday (throw-in 2pm) in the bid to bounce back from the disappointing defeat against Louth in Drogheda.

Longford really cannot afford to lose any further ground in order to keep their promotion hopes alive, along with the fear of getting dragged down into a relegation battle, but achieving a positive result in the Round 3 clash will probably prove to be a difficult task.

Armagh, after all, were considered strong contenders to win the Division 3 title but the picture has changed after they somehow managed to let victory slip from their grasp in the draw v Sligo (away) and the agonising last gasp defeat v Laois (home).

Their manager Kieran McGeeney must be furious with the failure of his players to come out on top in both those games and he will be demanding a big response from the Armagh team in what is a must win game for them.

Under 21 clash v Kildare in Newbridge

The following Wednesday night (March 1) at the Hawkfield GAA grounds in Newbridge (throw-in 7.30pm) the promising Longford U-21 squad (managed by Frank McNamee) are up against what is sure to be a strong Kildare outfit backboned by the bulk of the players who featured in the Leinster Minor Championship title triumphs in 2015 and 2016.

Longford, of course, lost to Kildare (2-15 to 1-9) in the U-18 provincial final at Croke Park two years ago and also had to settle for second best in a thrilling minor championship quarter-final at Pearse Park in 2014 with the lilywhites emerging victorious by 2-17 to 2-12 after extra-time.

Kildare were well beaten by Dublin (3-16 to 1-12) in the Leinster minor final that year but their subsequent back-to-back success in this grade clearly suggests a very tough match for the current Longford U-21 team in their quest to cross the first hurdle  in the Leinster Championship.

A  significant setback is the absence of full-back Ronan Sweeney, who suffered a bad ankle injury against Meath in the extra-time defeat in the Hastings Cup Final at the end of January.

But Longford have a lot of talented players and will believe that they are capable of causing an upset.