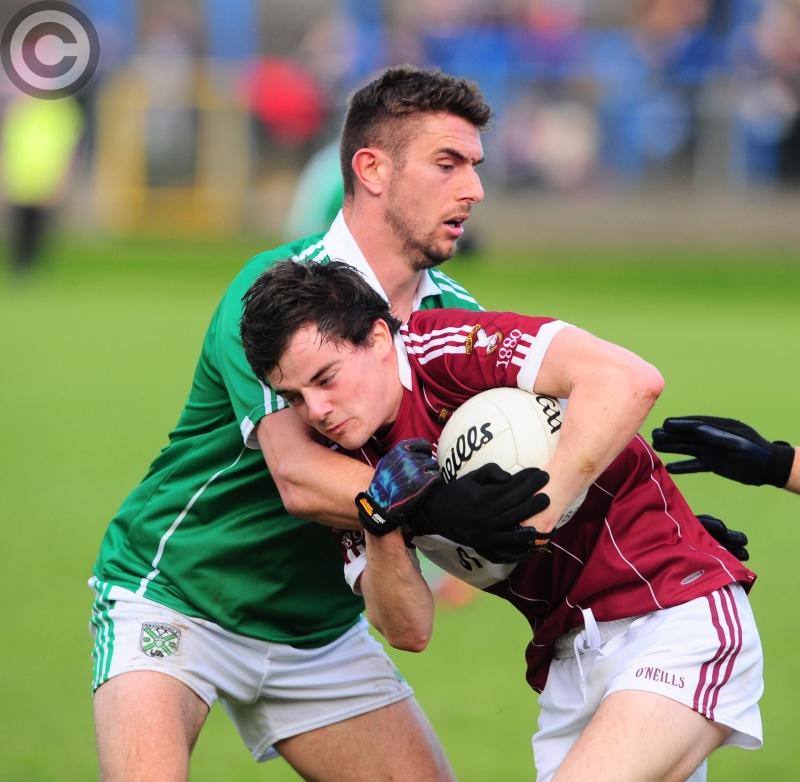 Mullinalaghta St Columba’s, making a historic first ever appearance in the Leinster Club Senior Football Championship, crossed the first hurdle when knocking Stradbally out in the opening round clash at Glennon Brothers Pearse Park on Sunday.

Unfortunate to be trailing by 2-6 to 1-7 at the break after conceding a couple of goals in the closing stages of the first half, Mullinalaghta took over completely in the second half as Stradbally suffered the significant setback of losing prominent midfielder Darren Maher.

Maher was shown a straight red card for a heavy challenge on James McGivney with three minutes gone on the changeover and St Columba’s made good use of the extra man advantage as they outscored the rattled Laois champions 0-10 to 0-3 in the second half.

Mullinalaghta now meet the Westmeath champions St Loman’s Mullingar in the quarter-final at Pearse Park on Sunday week, November 13th, and a repeat of this excellent performance could see them going close to causing an upset.

St Columba’s were guilty of kicking a total of 12 wides, as compared to just two for Stradbally, and still managed to win by the comfortable margin of five points in the finish.

Watched by the official attendance of 1,683 on a glorious day, Mullinalaghta (minus the injured Ruairi McElligott) raced into an early 0-4 to 0-0 lead with points from Rian Brady (2), Jayson Matthews and Aidan McElligott and were 1-6 to 0-5 ahead when Aidan McElligott fired home a cracking goal in the 22nd minute.

But the course of the game changed when Stradbally scored two goals with Conor Delaney shooting to the net from close range in the 25th minute while Gary Comerford converted a penalty in the 29th minute.

Mullinalaghta closed the gap with a vital point from Gary Rogers in first half stoppage time but Stradbally, despite down to 14 players, still held a slender 2-8 to 1-10 lead midway through the second half.

With the game there for the taking, St Columba’s proceeded to enjoy a golden spell of dominance which yielded six points in a row from six different players as Gary Rogers, Rian Brady, Shane Mulligan, Aidan McElligott, James McGivney and Donal McElligott were all on target to clinch a fabulous win for the county champions.