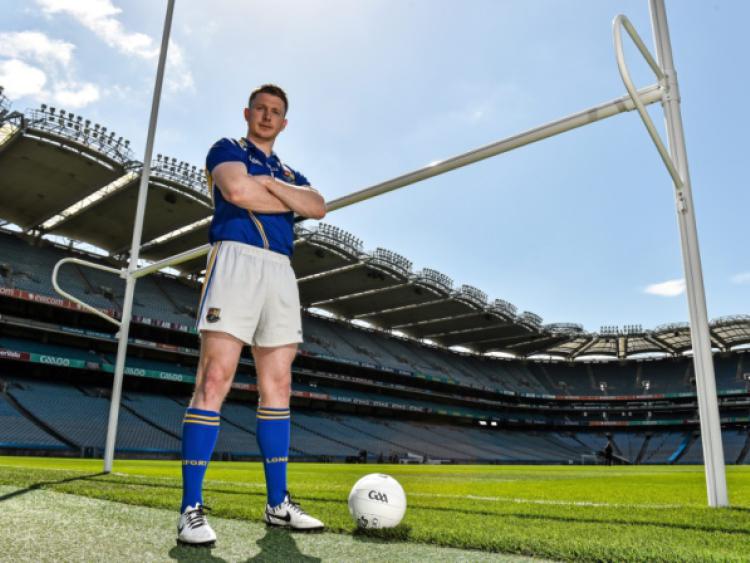 Longford’s Michael Quinn is hoping for a ‘weekend to remember’ as he lines out with his country and club in crunch fixtures inside twenty-four hours.

Longford’s Michael Quinn is hoping for a ‘weekend to remember’ as he lines out with his country and club in crunch fixtures inside twenty-four hours.

He has been named in Ireland’s match day panel of 23 players for the EirGrid International Rules test against Australia on Saturday at Croke Park.

And a hectic weekend for the inspirational Killoe Emmet Óg captain continues on Sunday as he leads his side into battle against Portlaoise in the AIB Leinster Club SFC semi-final at O’Moore Park.

Quinn admitted, “I was delighted to have been selected for Ireland after an intensive ten week training camp which involved training every Friday evening, staying overnight in Dublin, and training again on Saturday morning before returning to weekend club training and matches with Killoe. It was a juggling act and it is great to be rewarded.

“I realise it is not the ideal situation, but I’ll give my best in both matches and hopefully it will be a weekend to remember.”

Quinn played Australian Rules Football with Essendon Football Club in the AFL and no doubt that experience will stand to him.

Indeed, two of his former Essendon teammates - Dustin Fletcher and Dyson Heppell - are part of the Australian squad, and he is looking forward to renewing acquaintance with them.

When Quinn takes to the Croke Park sod, he will follow in the footsteps of fellow Longfordians Liam Tierney, Dessie Barry and Paul Barden, who previously represented their country in the International Rules series.

“I was chatting with Paul last weekend and we reflected on his experiences. It is an opportunity that doesn’t come along every day and I’m looking forward to it. The set up is very professional and everything will be done to help my recovery for Sunday’s match.”

Quinn is determined to make the most of his opportunity and both his managers - Ireland’s Joe Kernan and Killoe’s Declan Rowley - are confident he’ll cope capably with his dual commitment.

Kernan commented, “Mickey will play, there’s not a problem. There’s a man who has just come in there and done exceptionally well, he’s played the game before and is a breath of fresh air. He does the simple things well and that’s what you want from the boys, don’t over elaborate.”

While Rowley insisted, “He is an athlete that certainly could put some minutes into the match on Saturday but still play on Sunday; be well capable of playing both. It’s a balancing act. At the end of the day you can’t stop a lad from representing his country at that level. Far be it for me to make that call, it’s his call.”

Quinn’s schedule certainly puts further focus on the fixtures scheduling and burnout issue, highlighted by the GAA’s Ard Stiúrthóir Páraic Ó Dufaigh in his discussion paper on ‘Player Overtraining and Burnout, and the GAA Fixtures Calendar’ and which was due to be debated at last Saturday’s Central Council meeting.

Killoe overcame Navan O’Mahony’s by 0-11 to 1-6 in the Leinster club quarter-final last Sunday week and if they can prevail against Portlaoise, they will become the first Longford club to contest a provincial senior club decider - Rathcline, managed by recently appointed county boss Denis Connerton, reached the 2005 Intermediate Final only to lose out to Crettyard of Laois by 1-8 to 0-13.

Quinn rates Portlaoise highly. “They’ve won nine Laois county titles in a row and they are vastly experienced. We came very close when we played them in 2012 and I’m expecting it to be a tight game. I think we’ve matured and improved since then and here’s hoping that we can make the most of the opportunity.”

Joe Kernan has included nine All Stars in his panel and Quinn agreed that it was a great experience training with the top players in the country and hoped it was improving his own performances with Killoe.

In all, there are 12 counties from across all four provinces represented in Ireland’s match day 23 and the county breakdown is Dublin (5), Tyrone (3), Laois, Kildare, Cork, Monaghan, Mayo (2 each), Clare, Tipperary, Longford, Kerry and Donegal (1 each).

Tickets for the game at Croke Park are available from gaa.ie/tickets and from selected outlets and are priced at €25 for adults and €5 for Under 16s.

Throw-in on Saturday week is at 7pm and the game will be preceded by the Hurling Shinty international between Ireland and Scotland.

There will also be a commemoration to mark the 95th Anniversary of Bloody Sunday.