EUGENE QUAINE BACK ON BOARD 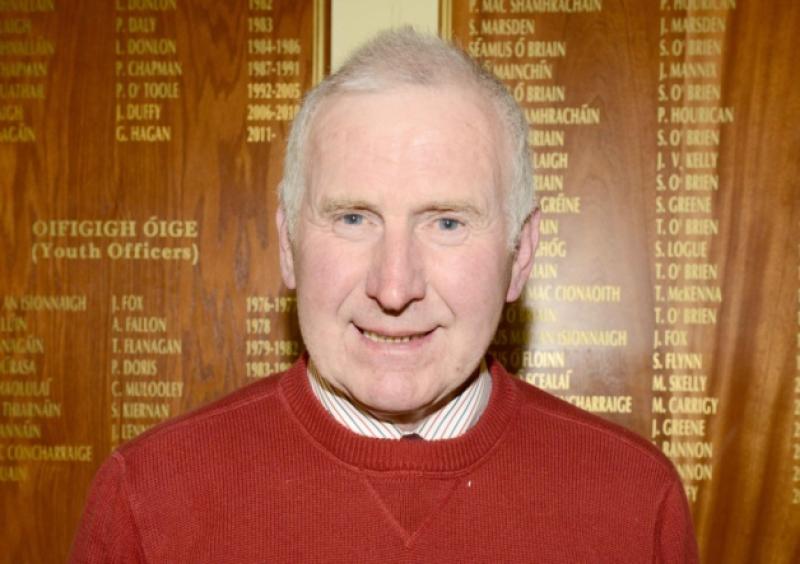 Dooner was hoping to make a rapid return to the top table, after stepping down as Treasurer having completed the maximum term of five years that a county board officer can serve in the same position.

But his hopes were dashed by Quaine, who emerged victorious by 47 votes to 39 in making amends for his unlucky defeat when he contested the same position against Albert Cooney the previous year. Eugene is back on the county board executive for the first time since 2005 when he held the Coaching Officer position and he will be joined in the finance department by Rathcline clubman Cooney who was elected unopposed as the new Treasurer. Albert was a new face on the executive last year as the Assistant Treasurer but now steps up to be the main man in looking after the money matters. (See financial report on page 95).

As there was nobody nominated to succeed Michael O’Sullivan (Sean Connolly’s), who vacated the job of Irish and Cultural Officer after serving four years in office, the search is on for his successor with an appointment to be ratified at a special convention before the first county board meeting in 2015.

Martin Skelly (Cashel) and Eugene Murtagh (Sean Connolly’s) were elected as delegates to the 2015 GAA Congress in the Slieve Russell Hotel, Ballyconnell, Co Cavan in February while Murtagh and Anthony Dooner will be part of the Longford delegation at the Leinster GAA Convention in Wicklow in January.

Rathcline clubman Brendan Gilmore, who was returned unopposed for a third term as the Longford GAA Chairman, praised Martin Skelly in his role as Leinster GAA Chairman as did the Secretary Peter O’Reilly who suggested that the Cashel man might be looking at the bigger picture in the future.

Gilmore said: “We have been honoured over the last number of years by having our own Longford man, Martin Skelly fill the prestigious post of Chairman of Leinster Council. His term has now ended there but I have no doubt that he will reincarnate himself as the highest level of our great Association in the not too distant future.”

No decision has been made just yet as to whether Martin Skelly will run for GAA President the next time but there is a strong belief that he will be in the field.

Brendan Gilmore was pleased to announce that Glennon Brothers are to continue as the main sponsors next year.

“I am pleased to announce that we have agreed a new sponsorship deal with Glennon Brothers for 2015 which by any standards is extremely generous. I thank them for this and their assistance in progressing a Centre of Excellence so badly needed. As you know, land is being made available at a very manageable cost to us in the Carriglass Estate acquired by our sponsors.”

The County Board Chairman also commented on the issue of floodlighting in Glennon Brothers Pearse Park.