Longford’s second half fight back comes up short 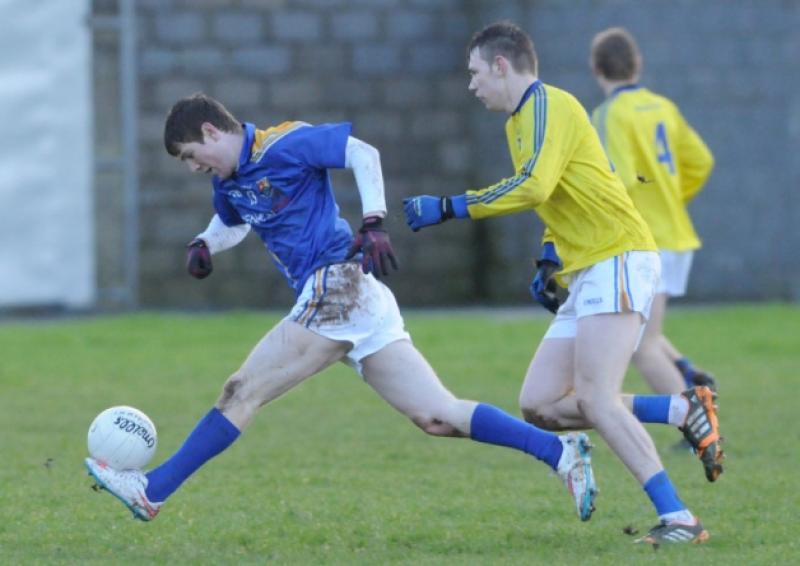 A clinical first half display helped Tipperary defeat Longford in Round 3 of the Hastings Cup in Thurles on Saturday.

A clinical first half display helped Tipperary defeat Longford in Round 3 of the Hastings Cup in Thurles on Saturday.

Trailing by nine points at the break, 1-8 to 0-2, it looked ominous for Longford but credit to them for staging a decent second half revival. They, indeed, clawed back to within two points of Tipperary, 1-9 to 1-7, but despite carving out a series of scoring chances they just couldn’t get any closer.

Despite this result, Longford can still qualify for the Shield semi-final but this all depends on the outcome of the re-fixed game between Tipperary and Galway.

Frank McNamee’s Longford charges began the tournament with an encouraging 3-14 to 1-7 opening round victory over Galway before they suffered a 0-7 to 0-13 loss against Kildare in round two.

Saturday’s performance was most certainly a Jekyll and Hyde one by Longford. Their first half display was particularly poor but after the break they showed what a good footballing side they are.

These games in the Hastings Cup should stand to them come championship time and they’ll also have a number of players back from injury.

Tipp’s Josh Keane registered the game’s first score with a 6th minute pointed free. Longford were unlucky not to nick a goal as Liam Connerton’s fisted effort came back off the crossbar and Tipp were able to clear the danger.

Points from Stephen O’Brien and Paul Shanahan put Tipp 0-3 to nil ahead by the 12th minute and a minute later they struck for a goal when the impressive O’Brien found the back of the net. Longford responded with a good point, 0-1 to 1-3, from Ross McNerney; the young Dromard lad had a very good game throughout.

O’Brien restored his side’s six point advantage seconds later and three points from Keane in a four minute spell stretched Tipp’s lead to nine points, 1-7 to 0-1, in the 19th minute. Longford registered their second point of the game through Paddy Kiernan in the 25th minute.

There was nine in it again in the 28th minute when Mark Russell pointed, 1-8 to 0-2, and just before the break Longford were unlucky yet again when Larry Moran’s effort came off the crossbar after a good pass from Liam Connerton.

Whatever words of wisdom Longford manager Frank McNamee imparted to his side at half-time they definitely had the desired effect as Longford made a bright start to the second half. Moran pointed with just one minute gone and then Tipp were lucky not to be reduced to 14 men when Liam Casey was just shown a yellow card for a reckless challenge.

McNerney followed up with a fantastic point and then Longford were awarded a penalty after the excellent Liam Connerton was fouled. He dusted himself down and dispatched the spot-kick. Another Moran point brought Longford to within three points, 1-5 to 1-8.

It was all Longford at this stage but for all their possession they failed to make it count on the scoreboard. After being completely outplayed, Tipp were awarded a free in the 46th minute which Keane pointed, 1-9 to 1-5.

Substitute Nigel Rabbitte was just on the field two minutes when he scored an excellent point and that was followed by another terrific point from McNerney to reduce the gap to two points, 1-7 to 1-9, with nine minutes remaining.

Longford had chances but couldn’t put them away. Tipp added on another point before Moran was sent off for a second yellow card offence in the 58th minute. Late points were traded between O’Brien and McNerney as Longford fell to another defeat but despite the loss there were positives to be taken, particularly the second half performance.