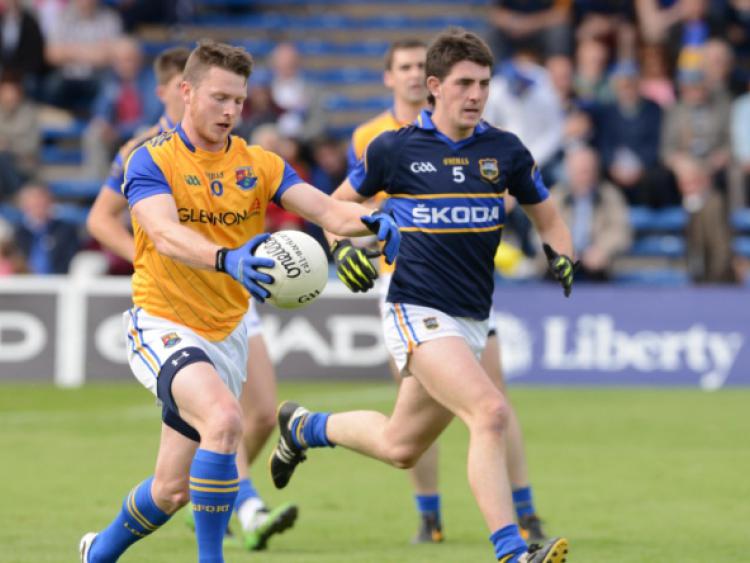 From the moment Longford conceded a goal after just 90 seconds, the game developed into a disaster and the county ended up crashing to a 17 points defeat against a far superior Tipperary side in Round 2A of the All-Ireland Football Qualifiers in Thurles on Saturday evening last.

From the moment Longford conceded a goal after just 90 seconds, the game developed into a disaster and the county ended up crashing to a 17 points defeat against a far superior Tipperary side in Round 2A of the All-Ireland Football Qualifiers in Thurles on Saturday evening last.

It was a humiliating hammering, to say the least, as Longford flopped completely at Semple Stadium. And serious questions now need to be asked as to where the county are going and what needs to be done to halt the rapid slide with the pressure piling on manager Jack Sheedy whose one-year contract has expired.

After scoring a sensational win over Division 1 opponents Derry at Celtic Park in the opening round of the qualifiers, the county supporters headed to Thurles in a fairly optimistic frame of mind in the belief that further progress could be made through the ‘back door’.

But with the Tipperary manager Peter Creedon winning the tactical battle in most emphatic fashion, his talented young side emerged victorious with ridiculous ease as the Longford blanket defence system backfired after the early goal left them facing a real uphill battle.

Unfortunately, there was no other plan in place to rescue the situation as Longford failed to raise a gallop and showed no adventure whatsoever as Tipperary were never in any real trouble once they hit the front.

Sheedy has been the subject to a lot of criticism this season, particularly with the county getting relegated to the Division 4 of the National League, but they did succeed in beating a poor Offaly outfit and a depleted Derry side in the championship.

However, the general opinion is that Sheedy should go after losing heavily to the Division 4 champions Tipperary and the demoralising manner of the demise was a sad story.

Time to hit the road Jack and leave the rebuilding job to one of the well established local coaches but that is a matter for the powerbrokers on the County Board and let’s hope they make the right decision for the sake of Longford football which has now sank to a low ebb.

The less said after the actual action in Thurles the better but Longford were always facing a tough task away to a promising Tipperary side who should have scored a shock win over Cork in the Munster Championship semi-final.

Tipp, building on the All-Ireland Minor title win in 2011, were bitterly disappointed not to get over the line in a two-point defeat but they carried a lot of confidence into the qualifiers and it showed as they blew Longford away.

The well-worked goal scored by Michael Quinlivan with less than two minutes gone on the clock was a bad blow for the rattled midlanders, who were in total disarray for the vast majority of the game with Tipperary on top in most positions on the pitch and particularly so at midfield.

The powerful pairing of George Hannigan and Steven O’Brien gave the home county a decisive edge in providing the platform for the comprehensive victory and it was virtually all over as a contest at the break, at which stage Longford trailed by 1-8 to 0-4.

Having said that, the losers were guilty of kicking seven wides in the first half - as compared to just two for Tipperary - and nothing went right for a ragged Longford side who went into the game minus the services of injured midfielder John Keegan who also missed the clash against Derry.

The visitors had to wait until the 14th minute for their opening score when Michael Quinn shot over the bar and not even the departure of the injured full-forward Michael Quinlivan moments earlier managed to disrupt a determined Tipperary team who were hell bent on making amends for the so unlucky loss against Cork.

Longford’s second point came from a free converted by Brian Kavanagh in the 21st minute and just two more scores materialised in the first half through a Sean McCormack free (30 mins) and a cracking long range strike from Paul Barden in stoppage time.

While Colm P Smyth shot badly wide when a goal was on in the 27th minute, Peter Acheson went close to finding the back of the net for Tipperary before that and he was a most influential figure at centre-half-forward, switching at the start from the defence which proved to be a shrewd move. The impressive Acheson fired over two points in the closing stages of the first half while the other Tipperary scores came from Conor Sweeney (3 frees), a brace from Barry Grogan (play and free) while full-back Paddy Codd joined the attack to fist the ball over the bar in the 29th minute.

Things went from bad to worse for Longford in the second half as they were restricted to the miserable total of just two points - fired over by Enda Williams (play, 52 mins) and Brian Kavanagh (free, 60 mins) - while Tipperary added another 1-9 to their impressive tally.

After Longford midfielder Michael Quinn had a fisted goal rightly disallowed in the 45th minute, Tipperary launched an immediate counter-attack with Peter Acheson getting the vital touch to finish a centre from Conor Sweeney to the back of the net.

That left Tipperary in a commanding 2-10 to 0-4 lead, their early second half points coming from frees converted by Barry Grogan, and then Longford forward Francis McGee was penalised for overplaying the ball prior to shooting to the net.

The destruction of Longford continued as Tipp (who could afford the luxury of kicking seven wides in the second half) clocked up another seven scores during the final quarter of this one-sided encounter - five from the lethal corner-forward Conor Sweeney (three from play) with Brian Mulvihill and Colman Kennedy also on the mark.

Adding to Longford’s tale of woe was the horrendous free that Brian Kavanagh blazed way off target and the last moment of note in a dreadful display was the chance of a consolation goal in stoppage time.

Killoe duo Mark Hughes (a second half substitute) and Michael Quinn linked up to create the opportunity for Paul Barden to find the back of the net but his close range shot was blocked down and it remains to be seen whether this was Jack Sheedy’s last game in charge of Longford!