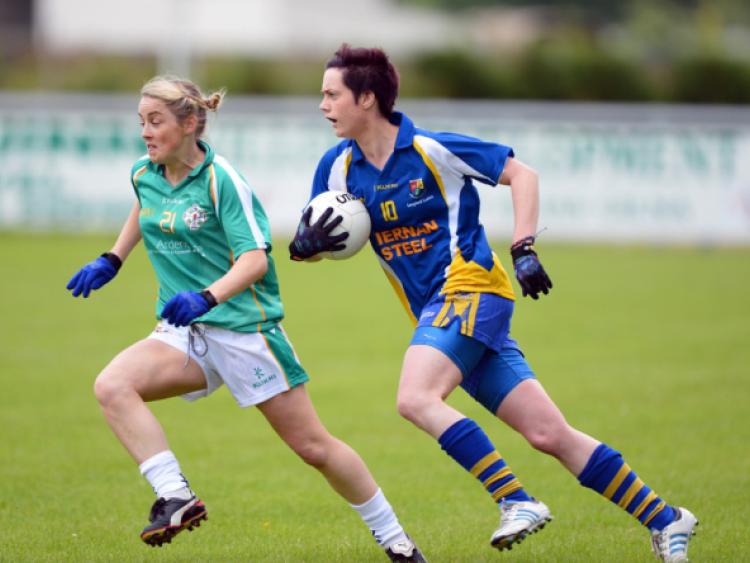 Longford ladies manager Diane O’Hora believes that London will be a different proposition in the Leinster Intermediate Football Championship Final at Pearse Park on Saturday next, throw-in 2pm.

Longford ladies manager Diane O’Hora believes that London will be a different proposition in the Leinster Intermediate Football Championship Final at Pearse Park on Saturday next, throw-in 2pm.

Longford had 14 points to spare over a surprisingly poor London outfit when the sides met in the first round of the Championship last month. But having seen the Exiles defeat Wicklow in their next game O’Hora knows just what to expect: “We are going to face a tougher task in the Leinster Final. This won’t be the same London team we beat in the first game. London continuously rotate their forward line and midfield. They changed almost every position bar two on the field when they played Wicklow. You can be very clear that none of our team will think this will be the same London team.”

London could only manage to score three points against Longford the last day but found their scoring boots against the Garden County. O’Hora said, “Against Wicklow they created nine goal opportunities and scored five of them. That’s going to be something that we need to make sure that we keep contained with regards to our defence. We need to work on our defence and our filtering back; make sure we can do that and not compromise our scoring ability up front.”

Longford come into the final on the back of a very convincing win over Wicklow – who they beat in the Leinster title decider last year. Ballina native O’Hora is delighted with the way things have been going for her side: “It has been good, the preparations coming up to the game and the competition for places. We have a good panel. We have 36 players competing to be in the first 30, never mind the starting 15. and I am really enjoying the vibe and buzz at training.”

This year Longford seem to have their strongest panel with a great blend of youth and experience. This is something that pleases O’Hora and her mentors: “Myself, Stephen Coy, Paddy Collum and Lorraine Corrigan are privileged to be part of a bunch of players that have come representing their clubs and their families. They are all pushing to be part of it. I am really happy that we have so many players pushing for places and really enjoying the fact that players are trying to stamp their mark. It all heats up now with the Leinster Final ahead of us.”

Because it’s a provincial final the game will be played in Pearse Park, not Longford’s usual home ground of Emmet Park, Killoe. There was good support in their previous two games and Diane O’Hora is hoping that Longford supporters will come out again in big numbers as the ladies bid to retain the Leinster title and clinch a place in the All-Ireland Intermediate Championship quarter-finals. “We would like to see Longford supporters come out to cheer the county on and it is great to see people from the clubs at the games to support ladies football.”