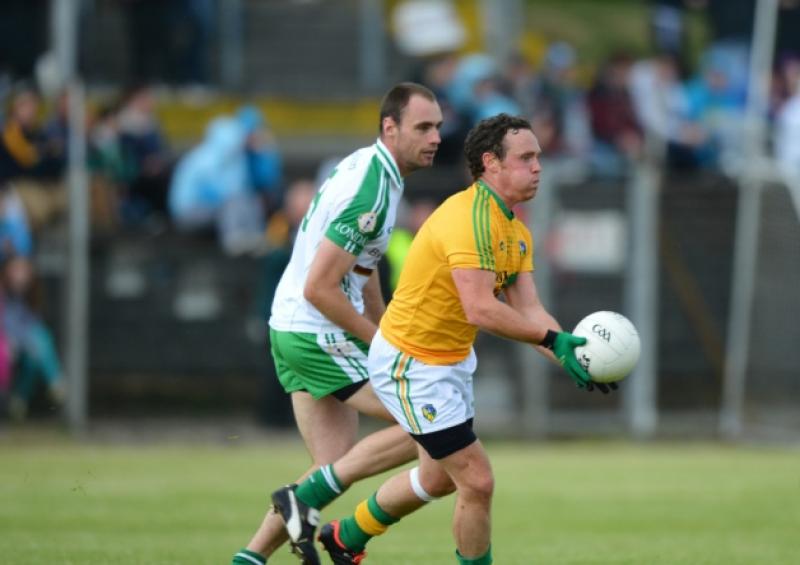 Leitrim were lucky to force a draw with London in a closely contested Connacht Senior Football Championship semi-final in Carrick-on-Shannon on Sunday last thanks to late points from Kevin Conlan and Darren Sweeney.

Leitrim were lucky to force a draw with London in a closely contested Connacht Senior Football Championship semi-final in Carrick-on-Shannon on Sunday last thanks to late points from Kevin Conlan and Darren Sweeney.

Before that London’s Sean Kelly edged his side ahead with a 58th minute goal while substitute Eoin O’Neill increased the visitors lead with a point two minutes later while Kelly pointed from play in the 63rd minute.

Leitrim’s Connacht Championship dreams seemed to be evaporating but the late scores from Conlan and Sweeney earned them a second chance. It certainly was a game that was evenly matched and a draw was probably a fair result.

London’s ability to get goals kept the pressure on Leitrim all the way through and always created the prospect of a win at all stages by the Exiles. The fact that Leitrim conceded a crucial goal at vital stages in each half is a matter that will have to be seriously addressed by the team management before Sunday’s replay in Hyde Park, Roscommon.

Leitrim suffered a bad blow when their chief marksman Emlyn Mulligan had to leave the pitch after just 15 minutes with an injury sustained in training.

London took control of the contest before half-time when Lorcan Mulvey finished to the net after Padraig McGoldrick sent in a high ball which Leitrim keeper Cathal McCrann dropped on the goal line and Mulvey pounced.

London thus led by 1-4 to 0-6 at the break and the ding-dong battle continued in the second half as Leitrim recovered from the setback of conceding a second goal to snatch a draw but many missed chances almost led to their downfall.