Historic win as London hold out to overcome Leitrim 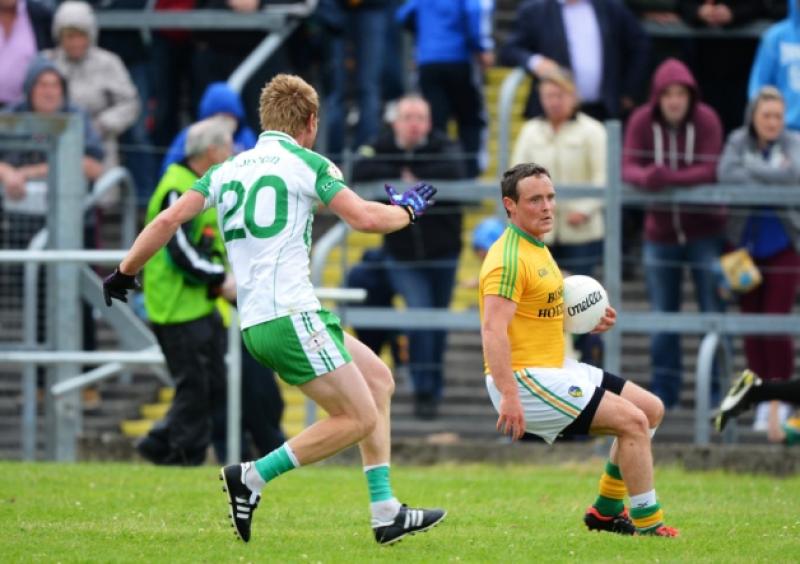 Captained by Edgeworthstown native Seamus Hannon who was forced to retire injured at half-time, London held out to beat Leitrim in the semi-final replay at Hyde Park in Roscommon on Sunday last.

Captained by Edgeworthstown native Seamus Hannon who was forced to retire injured at half-time, London held out to beat Leitrim in the semi-final replay at Hyde Park in Roscommon on Sunday last.

Thus the Exiles have achieved a historic first ever appearance in the Connacht Senior Championship decider which will be against Mayo on July 21st. London absolutely played Leitrim off the field in the first half and led by what seemed an unassailable lead of 2-10 to 0–2 at the break.

In the second half Leitrim started a terrific comeback which restricted London to a single point from a Lorcan Mulvey free while the Leitrim men hit a total of 1-11 but it was not enough.

Right at the end Leitrim had a chance to force what would have been a remarkable draw when Kevin Conlan took a 45 metre free which he hit wide. Prior to that in the second half, Conlan converted seven frees from long and short range, hitting most of them from the ground.

Emlyn Mulligan, who just passed a fitness test before the game, put Leitrim ahead with a second minute free. But London took over completely after that and held Leitrim scoreless for the next 33 minutes of the first half.

Leitrim suffered a bad blow in the 10th minute when midfielder Darren Sweeney sustained an injury and had to retire and three minutes later Emlyn Mulligan also had to come off after his calf muscle injury flared up again.

In the early stages of the second half Kevin Conlan gave a great display of free taking, shooting four points for Leitrim, and after a flicked goal from James Glancy the gap was gradually closed to just a solitary point but London held out for a famous victory.