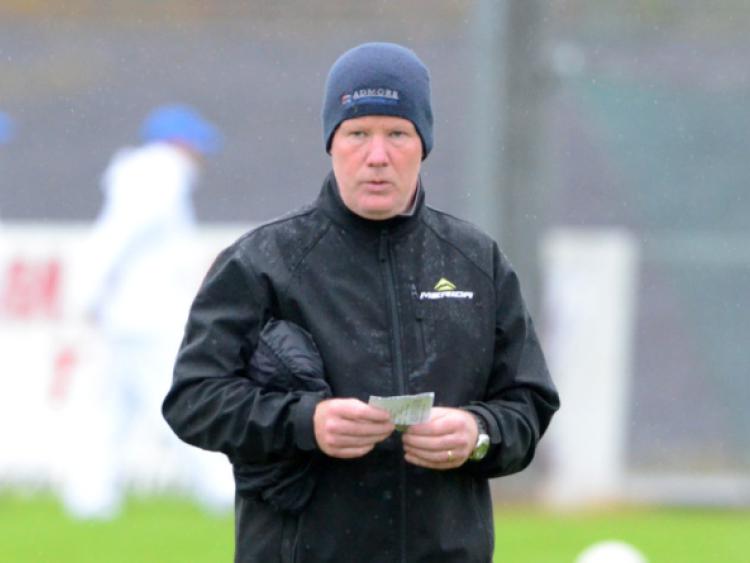 Killoe Emmet Og won back-to-back senior football championship titles for the first time in the proud history of the club when they overcame Abbeylara by the narrow margin of three points in a highly entertaining county final at Glennon Brothers Pearse Park on Sunday, watched by the official attendance of 4,212.

Trailing by 0-7 to 0-4 at one stage of the first half, Declan Rowley’s strong side gradually got their act together and a glorious spell approaching the break yielded five points in a row through Sean McCormack (free), Denis McGoldrick (two frees), Michael Quinn (who was most impressive for the reigning champions) and Mark Hughes.

After playing so well for most of the first half with powerful county minor Conor Berry in brilliant form (and who ended up winning the man-of-the-match award), Abbeylara were now behind (0-9 to 0-7) and suffered a severe setback when they conceded a crucial goal with five minutes gone in the second half.

Daniel Mimnagh planted a cracking shot into the back of the net to leave Killoe in a comfortable five points lead and that same margin separated the sides with seven minutes of normal time remaining as six more scores were shared.

After landing another great point in that period, Conor Berry then created the opening for substitute Sean Murphy to score a badly needed goal for Abbeylara in the 53rd minute and the gap was closed to just a single point when another replacement Eamon Gallagher kicked over a terrific long range strike in the 58th minute.

But Abbeylara’s momentum was halted moments later when late substitute Kevin Smyth was sent-off for a red card offence and Killoe hit back with a point apiece from Denis McGoldrick and Sean McCormack (both from play) in stoppage time to clinch a hard earned victory in capturing the senior football championship crown for the 11th time.