Quinn believes Longford must strike the right balance against Dublin 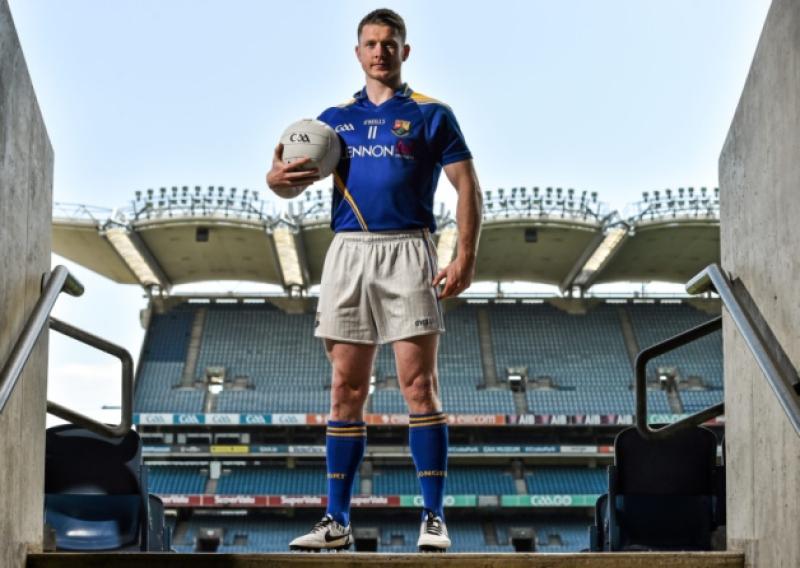 Michael Quinn has never played against Dublin in the championship and although Longford are rank outsiders for Sunday’s televised provincial quarter-final at Croke Park he insists that they must remain true to their own convictions.

Michael Quinn has never played against Dublin in the championship and although Longford are rank outsiders for Sunday’s televised provincial quarter-final at Croke Park he insists that they must remain true to their own convictions.

“We have to play to our strengths and a game plan that suits us. It is a two-horse race at the end of the day. We just have to worry about bringing a good intensity to the game like we did against Offaly.

“There is no point going out and parking the bus or going the other way and go with all-out attack and leaving holes. So you have to get the balance right that suits yourself best as a team and then start worrying about the opposition.”

He contended that Longford’s 1-12 to 4-16 league final loss against Offaly was a timely wake-up call and dismissed the notion they didn’t care about the April 25 outcome. “I think the league final was a bit of a kick in the ass. It woke us up and made us realise we weren’t going as well as we thought.”

After succumbing to Offaly by thirteen points, Michael highlighted a further 13 point swing during their May 16 championship clash in O’Connor Park.

Michael, along with Shane Doyle and Ronan McEntire, picked up early yellow cards against Offaly and he remarked, “We knew we just had to play with intensity and work hard which hadn’t been the case in the league final. We probably felt that we were pushed aside a little bit too easy and it was our aim to take the game to them. A few match-ups and our tactics also worked in our favour.”

He took to the Twitter to praise impact of Longford’s young guns. “We had eight debutants, and five points gained from lads coming on as subs. To have subs come in and impact the game in such a way that they did, it is huge and it is something that Longford has probably been lacking in the past. It worked on the day and other days it mightn’t work.”

Michael suggested that the changing of the guard has happened incredibly fast. “The turnover has been huge. Prior to playing Wicklow in the league this year, we were chatting among ourselves and comparing the panel to that which faced Wicklow in the championship two years earlier. I think we came up with 17 faces gone off the panel in that space of time.”

He is optimistic of a bright future and cites the new for a cohesive three-year plan to manage the development of the younger players.

“This is a new generation. People tend to forget there has been a lot of change and transition between management and players. Longford football needs to start looking long term, build on a three year plan instead of looking from year to year.

“I feel that in 3 years, the likes of Dessie Reynolds and Ross McNerney, they’ll be coming into their prime physically for inter-county senior football and I’d hope to be still knocking about and be part of that. And that could be a time to really push for a Leinster title with the luck of the draw and good hard work between now and then.”

He was in Australia from late 2008 to August 2011, and explained, “Since I came home, we’ve been up and down like yo-yos in the league from Division 3 to 2, 2 to 3, 3 to 4 and 4 to 3. A bit of consistency is required now, stay in a division and bring that form on into championship.” Son of Mary and Pat, Michael has a younger brother, Mark and one sister Edel, and he said it is disappointing that players who have served their county for over a decade don’t receive some recognition. “The likes of Paul Barden, Declan Reilly, Damien Sheridan and Shane Mulligan are huge leaders, losses to us on and off the pitch. It is disappointing it just finishes for players and I think it would be nice to reward them for their efforts, at a dinner dance or something.”

He says it is good things are going well considering there has been so many changes in personnel and referring to the absence of his Killoe club mates Sean McCormack and Mark Hughes he said, “They are a huge loss. It can be very hard to sustain the commitment and sometimes you need to step away to clear the head. Maybe the lads will come back into the set-up and it would be good to have them back playing in a blue and gold shirt again.”

Michael holds the record for the quickest conversion of a former GAA player to play in the Australian Football League. He made his AFL debut with Essendon just weeks after his arrival in Oz in 2008. In late 2011, after eight appearances with Essendon, he returned. He has no regrets about his Australian experience.

“The door was closing for me. I probably became a better footballer and better person from my time in Australia. I learned lots and it speeded up my development. I went out to give it two years. I trained hard and got my opportunity a lot earlier than others.

“It is not all rosy. You are not living the life that every other Irish person that is heading out there is. It is a lot of hard work. You are a long way from home, family and friends. Having an outlet away from the football club would be huge too. I missed home. It was always tough going back after Christmas.”

Chosen as Killoe’s Club Player of the year for 2014, he was also selected on the 2015 Higher Education Team of the Year following his immense contribution to DCU’s Sigerson Cup success where they defeated UCC in the final. He said it was a ‘huge honour to be involved with DCU’ along with fellow Longfordians Daithi Mulvihill and Rory Connor.

Michael, who is studying PE and Maths at DCU, says that between DCU, college representative and Leinster squads, it is possible he has played against or with 7 or 8 of the Dublin team. “I played against Jack Mccaffrey UCD and in DCU you have Paul Flynn, James McCarthy, Johnny Cooper, Davey Byrne and Conor McHugh, and one or two others.”

He is looking forward to Sunday and concluded, “We’re underdogs in 90% of the games we play. We might be a little bit more of an underdog this time! You have got to do what is best for yourself and you can’t worry about Dublin too much.”