Nine Longford Slashers players selected in 2013 Team of the Championship 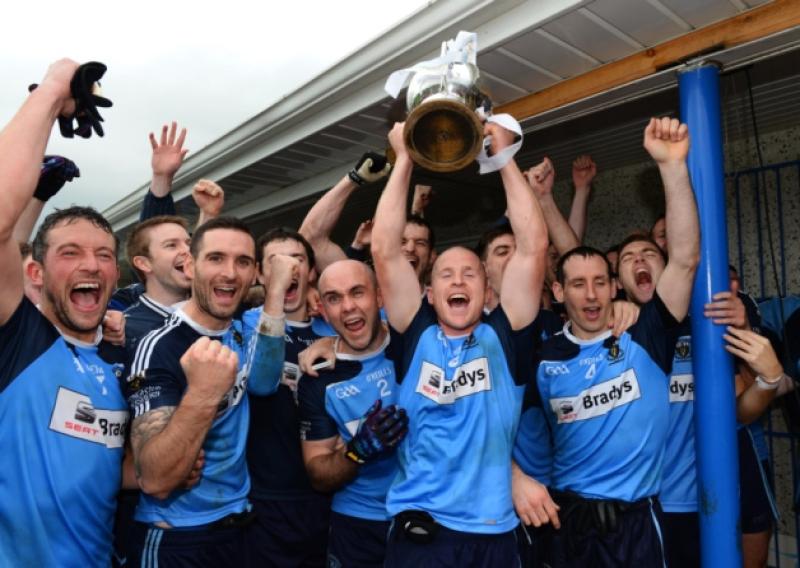 After their wonderful achievement in winning the county senior football championship title for the third time in the space of four years, Slashers featured most prominently in the Leader coupon voting process for the Brendan Gilmore Security sponsored 2013 Team of the Championship with nine of their players selected for the Longford version of the All-Stars Awards.

After their wonderful achievement in winning the county senior football championship title for the third time in the space of four years, Slashers featured most prominently in the Leader coupon voting process for the Brendan Gilmore Security sponsored 2013 Team of the Championship with nine of their players selected for the Longford version of the All-Stars Awards.

After losing out to Killoe after extra-time in the replay of the 2012 title decider, Slashers came storming back to regain the coveted Connolly Cup this season and will have Dermot Brady, Barry Gilleran, Niall Mulligan, brothers Michael and Peter Brady, Dominic Glennon, Marc Diffley, Martin Nevin and top scorer Colin Smith honoured at the annual Gala Awards Night in the Rustic Inn, Abbeyshrule on Saturday night week, November 23rd.

The awards scheme was first introduced in 2006 and Slashers defender Dermot Brady has the proud distinction of being the only player to be selected on the Championship 15 (nominated by the readers of the Longford Leader) in each of the eight seasons which is a truly tremendous feat.

Brady, along with fellow Slashers player Marc Diffley, are among the nominees for the coveted 2013 Senior Football Championship Player of the Year having both excelled on the path to Connolly Cup glory with Cian Mimnagh (Dromard) also on the shortlist for the top individual award.

Mimnagh was in exceptional scoring form as Dromard reached the senior football final for the first time since 2010, getting great support in attack from Francis McGee who is also selected on this year’s Team of the Championship with goalkeeper Damien Sheridan making it three awards for the north Longford club.

Colmcille were very much the surprise-packets in the 2013 Connolly Cup and after beating Clonguish in the quarter-final they almost sprang another shock when running Slashers so close in the semi-final, losing out narrowly to the eventual champions after a replay.

Two of Colmcille’s key players, Declan Reilly and Barry McKeon, have made the elite All-Stars fifteen, and the remaining place on the 2013 Team of the Championship went to Colm P Smyth who generally made a big impact for Abbeylara on their progress to the semi-final.

Selected in the Intermediate player of the year category are Paddy Ganley and Gerard Farrell, key members of the Ardagh team that won the 2013 championship title, and the other nomination is Barry O’Farrell who was the driving force behind the Carrickedmond side that had to settle for second best against St. Patrick’s (by a solitary point) in the Intermediate county final replay.

Young Grattans won the Junior Championship title for the first time since 2004 and the most emphatic manner in which they overcame the challenge of Longford Slashers in the 2013 county final is clearly reflected in the voting process with three of their players - Timmy Hegarty, John Balfe and Kevin Jones - nominated for the Junior player of the year award.

The Killoe ladies are currently the dominant force in the senior club championship and they beat Clonguish in this year’s final to complete a four-in-a-row of county titles. Two Killoe players, Sharon Treacy and Sabrina Hackett, are nominated for the 2013 Ladies player of the year award along with Mairead Moore (Clonguish).

Shortlisted for the hurling player of the year award are Eanna Daly (Clonguish), Joe O’Brien (Clonguish) and Eoin Donnellan, the Lanesboro native who plays his club hurling with Wolfe Tones, Mostrim who won the county senior hurling championship final this year. Longford hurlers Daly, O’Brien and Donnellan were all selected on the 2013 Lory Meagher Cup Champions 15.

Longford Leader readers are invited to text vote their preferred player for the coveted Players of the Championships’ titles. Revenues from the text lines will go to the nominated charities and the five individual award winners will be announced at the Gala Awards Night on Saturday November 23rd.

One of the special guests at the big event is Dublin hurler Ryan O’Dwyer and the Longford hurlers, who won Division 3B of the National League and reached the final of the Lory Meagher Cup Championship this year, will be presented with their medals at the eagerly awaited function in the Rustic Inn.

Tickets for the Longford GAA All-Stars Awards Night are priced at 40 euro with proceeds to local charity St. Christopher’s and the National Children’s Hospital in Tallaght. Music is by Paschal, Davy and Liz and tickets can be obtained by contacting the chief organiser, County Board Vice-Chairman Michael Carrigy on 087-2915072.

Voting: Text COMP41 followed by your selection (name of player) to 57199. Lines close on Friday November 22nd at 12 noon.