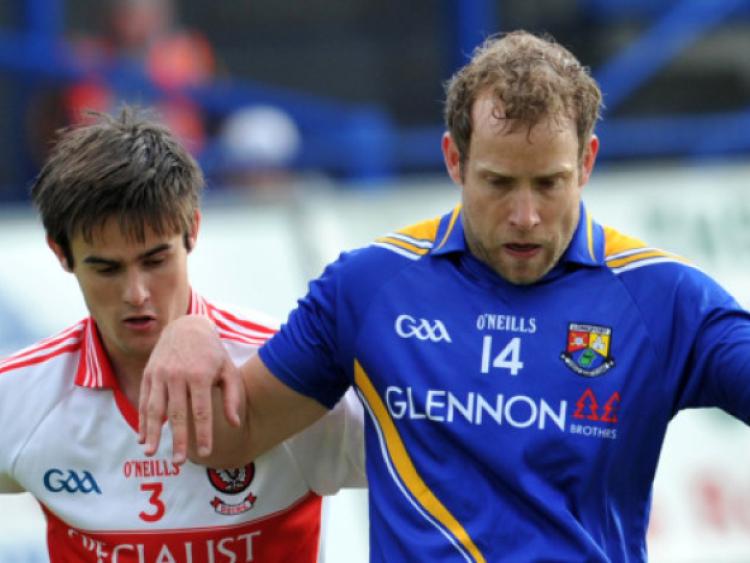 After receiving the worst possible draw in Round 1 of the All-Ireland Qualifiers, Longford are facing a most difficult task away to Derry at Celtic Park on Saturday evening next.

After receiving the worst possible draw in Round 1 of the All-Ireland Qualifiers, Longford are facing a most difficult task away to Derry at Celtic Park on Saturday evening next.

When you consider that Derry succeeded in reaching the National League Division 1 final against the all conquering Dublin side this year, with Longford going in the opposite direction after getting relegated to Division 4, there would appear to be a big gap in class.

The counties have gone down different paths in a relatively short space of time as their previous clash in a competitive fixture was the Division 2 game at Celtic Park in March 2013 with Derry scoring a comfortable 0-14 to 0-5 win which confirmed Longford’s relegation to Division 3.

How things have changed around since the influential figure of Brian McIver was appointed the Derry supremo, ironically in the aftermath of the fall out from a very disappointing defeat (0-17 to 2-8) against Longford in Round 1 of the All-Ireland Qualifiers at Pearse Park in June 2012 when Sean McCormack fired over 11 points (9 frees).

Derry, with John Brennan the manager then, were at a low ebb but it was a big shock when Longford beat Derry 1-16 to 2-12 in Round 3 of the All-Ireland Qualifiers at Pearse Park back in 2006 with Paul Barden firing over a brilliantly struck long range free for the winning point in the final minute of normal time.

Barden, along with Damien Sheridan, Dermot Brady, Barry Gilleran, Shane Mulligan and Brian Kavanagh, were all in action eight years ago in that famous victory against Derry and are still regarded as key figures on the county team.

How long more can they continue to compete at this level remains to be seen but there is a much greater freshness about the present Derry squad with just midfielder Fergal Doherty and current centre-half-forward Mark Lynch having featured in the 2006 clash.

But Doherty may not be fit to face Longford on Saturday as he was forced to retire injured after just 14 minutes of the Ulster Championship quarter-final at Celtic Park, which ended in a narrow 1-11 to 0-11 defeat for Derry.

Revenge will be a big motivating factor for them in their latest showdown against Longford and apart from the driving force of the powerful Lynch, Derry have a number of other strong footballers in Chris McKaigue, Gerard O’Kane, Patsy Bradley, Sean Leo McGoldrick, James Kielt and Emmet McGuckin.

At least Longford will not have to face prolific attacker Eoin Bradley, who committed himself to playing soccer in the Irish League, while his older brother Paddy Bradley (a class act forward in his prime) was forced to quit inter-county football due to injury problems.

But the odds are still stacked against Longford who are given little chance of causing a major upset at Celtic Park. With midfielder Michael Brady having left the panel allied to the fact that another Slashers player Niall Mulligan will be missing against Derry as he is away on holidays, this is a turbulent time for the county senior footballers with things seemingly going from bad to worse.

Despite the win over Offaly in the opening round of the Leinster Championship, which was something of a reprieve for all concerned, it must be said that the faithful county are a poor outfit and Longford’s subsequent failure against Wexford has left the supporters demoralised yet again.

With home advantage, it was felt that the county had a big chance of getting through to the provincial senior semi-final for the first time since 1988 but it did not materialise and there is a lot of frustration out there among the local GAA followers with the pressure really mounting on manager Jack Sheedy.

While Sheedy inherited a team that was on the slide, his first season in charge has developed into a serious struggle and relegation to Division 4 of the National League was a disaster, to say the least.

In the highly unlikely scenario that Longford will save their season by beating Derry in the championship qualifier, the time has surely come in any case to concentrate on all the promising young players that have emerged in recent years and start the rebuilding process.