Grattans and Slashers in title battle 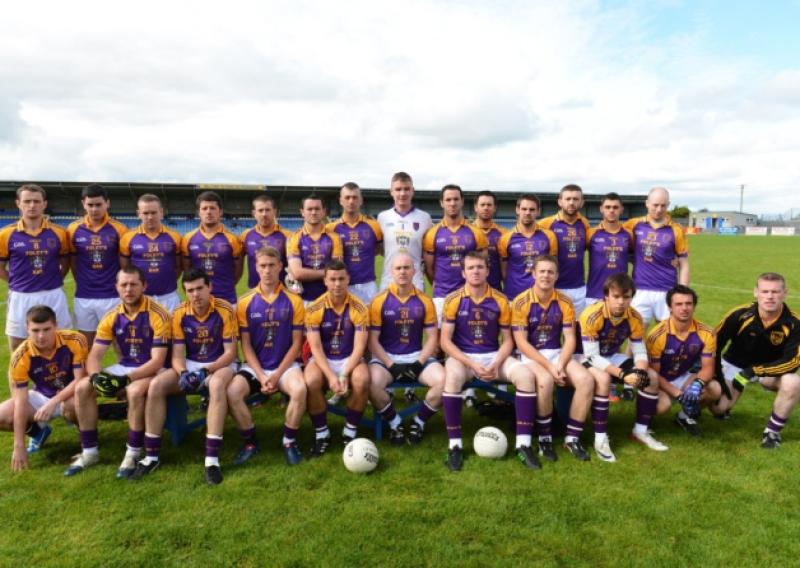 Local rivals Young Grattans and Longford Slashers will battle it out in the Junior Football Championship Final at Glennon Brothers Pearse Park on Sunday next in the curtain-raiser to the Intermediate title decider.

Local rivals Young Grattans and Longford Slashers will battle it out in the Junior Football Championship Final at Glennon Brothers Pearse Park on Sunday next in the curtain-raiser to the Intermediate title decider.

The clubs were involved in a high scoring showdown in the group stage when the Slashers third string caused an upset in beating solely Junior club Grattans by the narrow margin of three points (2-13 to 2-10) and another close encounter is the likely outcome in the match that really matters.

Left reeling from the bitter disappointment of relegation from the Intermediate Championship last year, Grattans appointed former Mostrim player Jack Lynn as their new manager in a determined bid to make an immediate return to the second tier of Longford club football.

But the Stonepark side have endured a tough championship campaign so far on the rocky road to the county final and looked in deep trouble in the semi-final when they trailed Moydow by seven points at one stage in the second half. Grattans somehow managed to find a new lease of life in a highly charged comeback and thanks to a goal from wing back David Trappe with ten minutes of normal time remaining, the course of the game gradually changed with Kevin Jones firing over a late winning score.

Trappe and Jones are key players for Grattans, with Karl Murray, John Balfe, John Twaddle and Gerard Victory also prominent on their progress to the county final, and this spirited squad will prove difficult to beat in their efforts to take the Junior Championship title that the progressive club on the outskirts of Longford town last won back in 2004.

Needless to say, the intense rivalry in the local derby will ensure an extremely keen contest and Slashers (managed by former player Jimmy O’Neill) will be going all out to give it their best shot in the quest for glory.

Having said that, the Slashers reserves were hard pressed to get the better of the Killoe third string in the semi-final with the townies winning by two points and they will have to improve on that patchy performance in their attempt to capture the Junior crown.

Particularly prominent in the win over Killoe was chief marksman Ciaran Farrell, who scored a goal and three points, while also to the fore up front was another promising young player Niall Kelly.

Tom Madden, winner of a Leinster minor championship medal in 2010, is another key figure in the attack. Shane Campbell will be determined to make his presence felt in a bid to make a big impact at centrefield, with Tadhg Maher, Shane O’Connell and Diarmuid McRory all competent defenders, but Slashers may have to settle for second best.