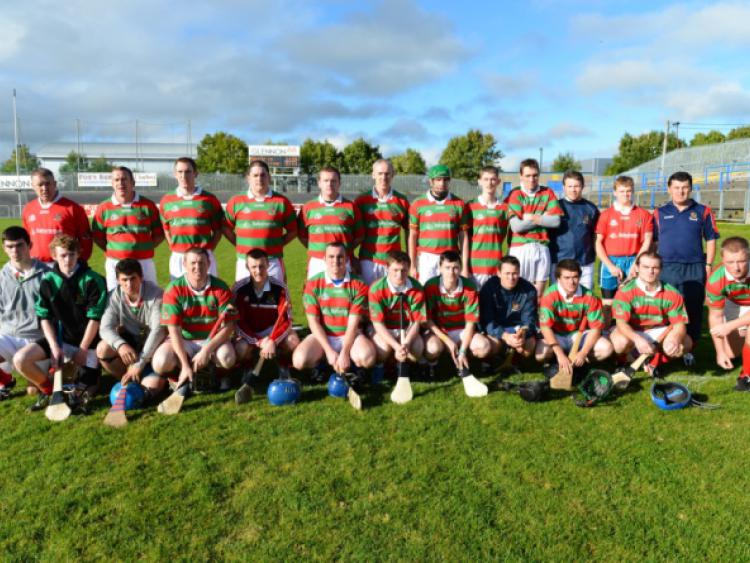 Wolfe Tones won back the JJ Duignan Cup with John Mulhern scoring the winning point for the Mostrim side in the 58th minute of a highly entertaining County Senior Hurling Championship Final at Glennon Brothers Pearse Park on Saturday evening last.

Wolfe Tones won back the JJ Duignan Cup with John Mulhern scoring the winning point for the Mostrim side in the 58th minute of a highly entertaining County Senior Hurling Championship Final at Glennon Brothers Pearse Park on Saturday evening last.

Moments earlier Joe O’Brien had fired home the equalising goal for the title holders Clonguish, which was created by Karl Murray, and O’Brien had a chance to level matters yet again with time running out but he was just off target from a long range free.

A draw would probably have been the fairest result in this cracking contest and the unlucky losers were left to rue a number of missed chances in the first half as they relinguished the county crown. There was a very anxious moment for Wolfe Tones late on as their keeper Hugh O’Kane was put under pressure to clear the danger but a free out was eventually rewarded.

The Edgeworthstown outfit should have put the issue beyond all doubt in the first minute of stoppage time when Paddy Cullen looked poised to score a goal but his shot was well saved by Clonguish netminder John Minnock.

Spare a thought for Clonguish sharpshooter Joe O’Brien who produced a terrific performance in clocking up a total of 2-8 (3 frees) but it was not enough to prevent Wolfe Tones regaining the title they last won in 2011.

There was little separating the sides throughout this thriller and it was all square at the break, 1-6 to 0-9, with Sean Browne grabbing the Wolfe Tones goal in the 10th minute while their other scores came from Martin Coyle (2), Eoin Donnellan (2), Johnny Casey and John Mulhern.

Joe O’Brien fired over four points for Clonguish while also on target in the first half were Eanna Daly (two frees), Karl Murray (2) and Paddy Corcoran and it was looking good for the reigning champions when they made a great start to the second half in adding 1-1 to their tally.

Joe O’Brien fired over a free and the same player got the vital touch to score a goal with four minutes gone on the changeover. But Wolfe Tones refused to be rattled and came storming back with four points in a row through Eoin Donnellan (two frees), Keelan Cox and Luke Kelly to leave it level again by the 41st minute.

But there was just no stopping Joe O’Brien who proceeded to land three points on the trot in the space of four minutes, the first of which was a classic strike from near the sideline.

Scores were then exchanged between Johnny Casey and Paddy Corcoran before Wolfe Tones were thrown a lifeline with a deflected goal that was credited to Paddy Cullen in the 51st minute. And soon after Cullen created the opportunity for Sean Browne to finish the ball to the net from point-blank range for another Mostrim goal that looked like deciding the outcome.

But Clonguish kept plugging away and were rewarded for their perseverance with Joe O’Brien scoring a second goal in the 57th minute to leave the sides deadlocked yet again - only for Sean Mulhern to shoot the winning point for Wolfe Tones who produced a very determined team effort to take the county hurling title.