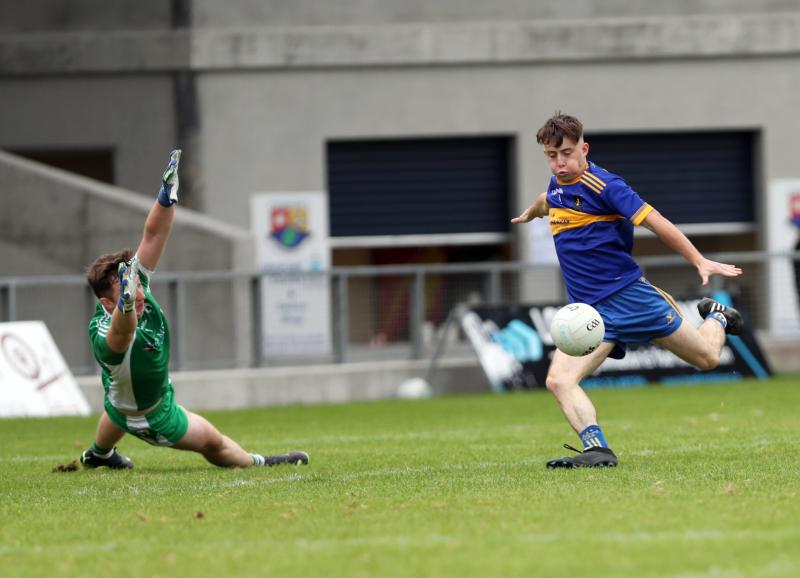 Dromard moved a step closer to reaching the Senior Football Championship final for the first time since 2013 when they defeated Killoe in the quarter-final clash at Glennon Brothers Pearse Park on Sunday evening last.

The intensity was high in this tough battle to determine the opposition for the title holders Mullinalaghta in the last four and a major turning point was the black card for Killoe’s key player Michael Quinn in the closing stages of the first half.

The sides were all square (0-4 to 1-1) when midfielder Quinn was dismissed and during his ten minute period in the sin bin, Dromard took full advantage of the extra man in adding 2-3 to their tally.

Defender Oisin O’Toole, capitalising on a misdirected Killoe kick out approaching half-time, and attacker Aaron Farrell scored the crucial goals and Killoe never really recovered in crashing out of the championship.

Farrell got the first goal for Sean Hagan’s side midway through the first half, at a stage when Emmet Og were leading by 0-3 to 0-1, but Dromard deserved their victory after shooting a total of 12 wides as compared to seven for the losers.