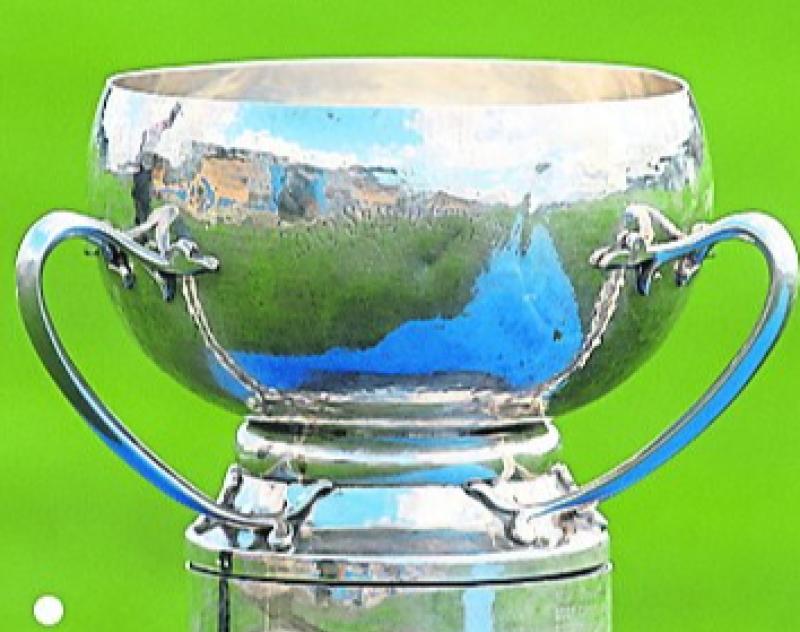 While the gap may be closing in the pecking order for the Connolly Cup contenders, the general opinion is that unbeaten Mullinalaghta are still in pole position in the race for the title.

The field is now down to eight teams following the prolonged group phase played over five weekends with some meaningless matches along the way but the safety net is now gone.

The higher intensity of the always intriguing knockout stage brings a whole new dimension to the senior football championship and who knows what might happen in the eagerly quarter-finals at Glennon Brothers Pearse Park this weekend.

The meeting of Mullinalaghta and Abbeylara on Saturday evening (6pm) will attract the usual big interest and while St Columba’s are strongly fancied to confirm their superiority over the near neighbours the reigning champions can take absolutely nothing for granted.

Apart from the surprise setback against Carrickedmond, Abbeylara performed particularly well in the group stage and their manager Ryan Plunkett had devised an effective defensive strategy that is difficult to break down.

The bitter disappointment of losing to Mullinalaghta in the 2016, 2017 and 2018 county finals was hard to take and while the current crop of Abbeylara players will be quietly confident of springing a surprise, it looks like another win for the top quality St Columba’s team.

The most attractive game this weekend is undoubtedly the clash of Dromard and Killoe on Sunday evening (5pm) and this contest will probably go right down to the wire.

While Emmet Og will need to improve after struggling to reach the last eight, they are gradually getting closer to fielding their best team and the return of the Moran brothers James and Larry is a big boost as they prepare for the match that really matters.

Dromard were already through to the last eight when they decided to field a ‘second string’ team in the remaining group fixture against Mullinalaghta and suffered a very heavy defeat in the process.

It will be a completely different story when the ‘first fifteen’ take the field and after looking good in the wins over Mostrim and Slashers in the earlier rounds of the championship, the manager Sean Hagan has mixed a fine blend of youth and experience in making Dromard into a well balanced team who will prove difficult to beat.

The leading light in the supposedly easier other side of the draw are unquestionably Colmcille who are enjoying a very good run of results this season inspired by the driving force of their new coach Mickey Harkin and must be fancied to  master Mostrim on Saturday (throw-in 4pm).

After defeating  Mullinalaghta in the Division 1 league final, Colmcille have pushed on to win all five fixtures in the group stage of the championship and are looking a good bet to reach the county final on Sunday October 9.

Having said that, the often under achieving north Longford club do not need to be reminded about the nightmare experience they suffered against Edgeworthstown in last year’s semi-final.

Playing against a very strong wind in the first half, Colmcille collapsed completely to trail by 2-7 to 0-2 at the break and there was no way back.

While Mostrim produced a fine performance in holding Mullinalaghta to a draw in the opening round of the current campaign, they will be hard pressed to get past Colmcille on this occasion.

The remaining quarter-final brings Rathcline and Longford Slashers into opposition and this is a game that could go either way.

Rathcline are revitalised this year under the guidance of their new coach Enda Lyons, the former Leitrim goalkeeper, and the Lanesboro club lit up the 2022 championship with a shock win over Killoe in the opening round.

Subsequent wins over Clonguish and Carrickedmond saw the shannonsiders finish second in the extremely competitive Group 2 and this could stand to them in the quest to qualify for the semi-finals.

Former Ardagh and Longford footballer Liam Keenan is the new Slashers supremo and while this generally young team have the potential to make further progress, they tend to be inconsistent as was the case when they crashed to a surprise championship exit in losing out against Carrickedmond in the final group game last year.

A close encounter is probably in prospect on Sunday (throw-in 3pm) but the valuable experience Slashers gained in the slender county final defeats against Killoe in 2019 and 2020 may just give them the edge over Rathcline.