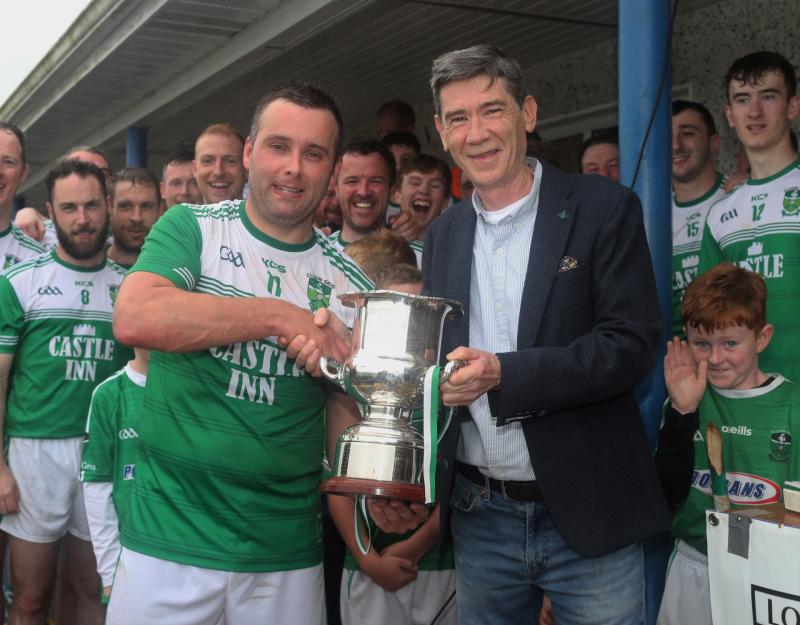 After producing a strong first half performance to hold a commanding 1-9 to 0-3 lead at the break with Stephen Gregg scoring the goal, Clonguish Gaels withstood a spirited Slashers comeback to win the Senior Hurling Championship title for the first time since 2019.

Despite the difficult wet conditions in the county final at Glennon Brothers Pearse Park on Sunday last, the sides served up an entertaining encounter with Clonguish overcoming the significant setback of playing most of the second half with 14 players.

Experienced defender Gerry Moore was sent-off after receiving a second yellow card with eight minutes gone on the changeover and while Slashers gradually closed the gap, time ran out for the reigning county champions.

Clonguish were five points in front entering stoppage time and while Slashers were given a glimmer of hope with a late, late goal from David Buckley, it came too late to salvage the situation.

Joe O’Brien, operating most effectively in a new role at centre-half-back, fired over 6 points (3 frees) and was a deserving winner of the player of the match award.

Clonguish Gaels, who were winning the county senior hurling title for the sixth time, now move on to meet the Westmeath Junior champions in the opening round of the Leinster Junior Club competition at the end of October.