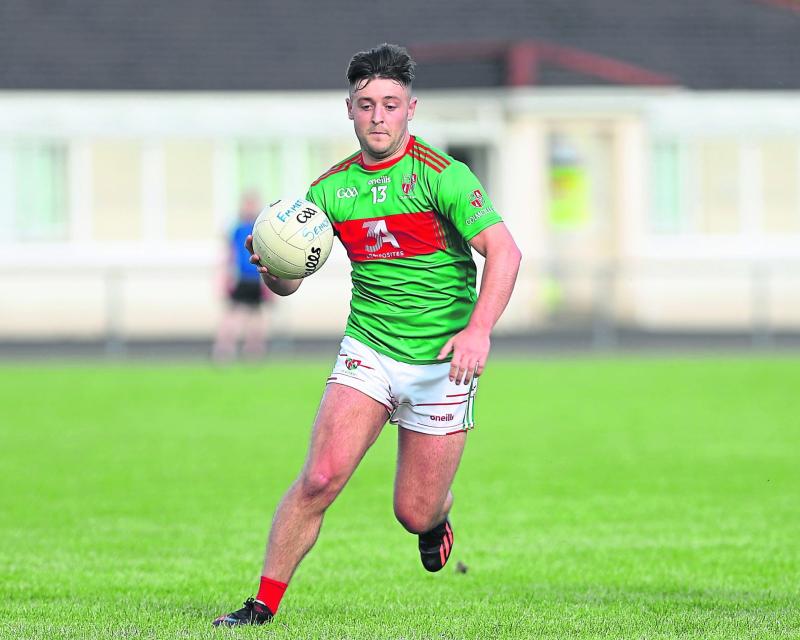 Colmcille attacker Eoghan Hawkins, who scored a couple of cracking points in the win over Carrickedmond in the SFC Round 4 clash on Saturday evening last Photo: Syl Healy

Colmcille were confirmed as Group 2 winners in the Senior Football Championship after a tough two point victory over a stern Carrickedmond side in Higginstown, Granard on Saturday evening last.

Colmcille found themselves 4 points behind midway through the second half but kicked the last 6 points of the game to snatch victory.

They built their foundation for victory in the second half by dominating at midfield. Mickey Harkin’s physically stronger side began to assert their authority on the kickouts in putting a stranglehold on the Carrickedmond defence.

The Colmcille midfield partnership of Jack Macken and Fergal Sheridan were excellent throughout the game and accounted for over half of their side’s scores.