Longford IFC: Andrew Farrell the saviour as Cashel battle back to draw against Ballymahon 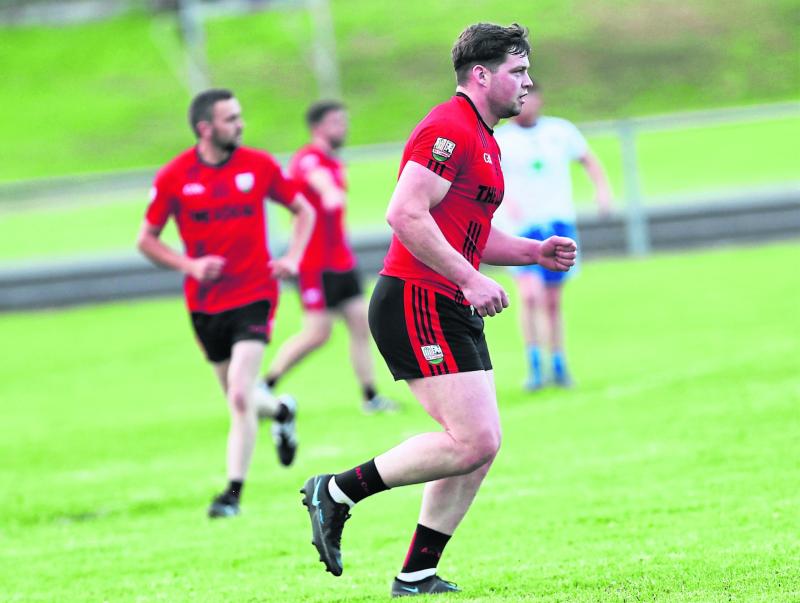 Andew Farrell, who scored 2-2 for Cashel in the draw against Ballymahon in Round 4 of the Intermediate Football Championship Photo: Syl Healy

Andrew Farrell was the Cashel saviour with a late goal to earn his side a draw against Ballymahon in a dramatic finish to a thrilling Intermediate Football Championship Round 4 clash at McGann Park, Kenagh on Friday night last.

This floodlit fixture was excellent viewing for those in attendance. It was a real physical encounter with intense and tough tackling.

Cashel were reliant on Andrew Farrell’s dynamic play whether that be at centre-half-back, midfield or full-forward and he finished up with 2-2 from play.

Thanks to a goal from Thomas Mulvihill in the first half, Ballymahon led by 1-5 to 0-5 at the break but let the victory slip from their grasp as Cashel battled back to snatch a draw.