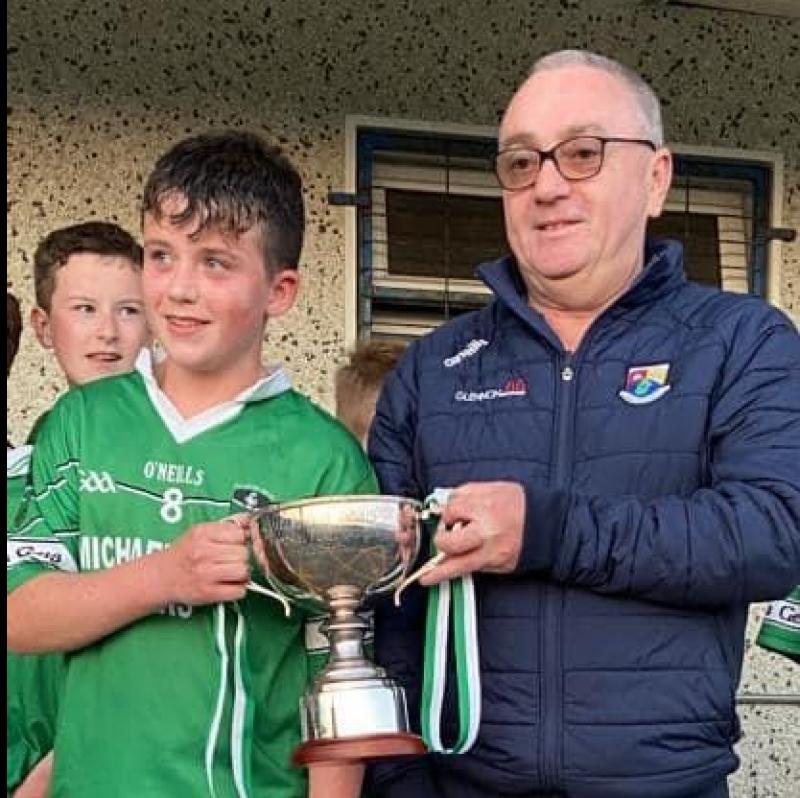 Inspired by the powerful midfield duo of Michael Gacquin and Senan Buckley who accounted for 0-24 between them, Clonguish Og produced a fine performance to defeat St Vincent’s (Drumlish/Ballinamuck) in the U-13 ‘A’ Football Championship final played at Glennon Brothers Pearse Park on Tuesday evening.

As is different to other GAA matches there is a zone created for the U-13 championship and a score outside the zone is worth 2 points while a goal is also worth 2 points rather than the usual 3.

Clonguish led by 0-18 to 0-8 at half-time and extended their advantage to emerge worthy winners of this entertaining county final.