Longford SFC: Mullinalaghta made to work hard for win over Granard 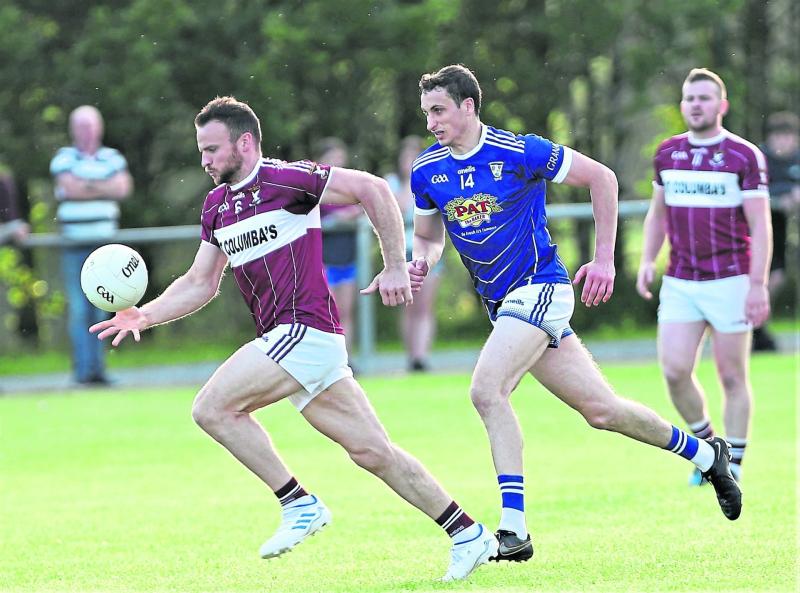 Donal McElligott on the ball for Mullinalaghta in breaking away from Granard opponent Darren Gallagher. Action from the SFC Round 2 game on Sunday Photo: Syl Healy

Mullinalaghta were made to work hard for their first win in the 2022 Senior Football Championship as they withstood a determined Granard comeback in the Group 1 Round 2 clash at Pairc na nGael, Dromard on Sunday evening last.

A goal and five points without reply in the opening 20 minutes paved the way for St Columba’s to come out on top in a game of purple patches where each side took over for periods but ultimately Ciaran Fox’s side emerged victorious.

St Mary’s battled back in the second half and levelled the game in the 43rd minute but in the next 5 minutes went down to 13 due to two black cards to key players Jamie Brady (who scored both goals) and James Kiernan.

Crucially, Ryan Casey’s side now had to play the majority of the final quarter without two men who were so important in their comeback.

Mullinalaghta regained the lead with a point from a free converted by David McGivney and four more scores followed from Rian Brady, Jayson Matthews, Gary Rogers and substitute Cian Mackey to clinch the win.