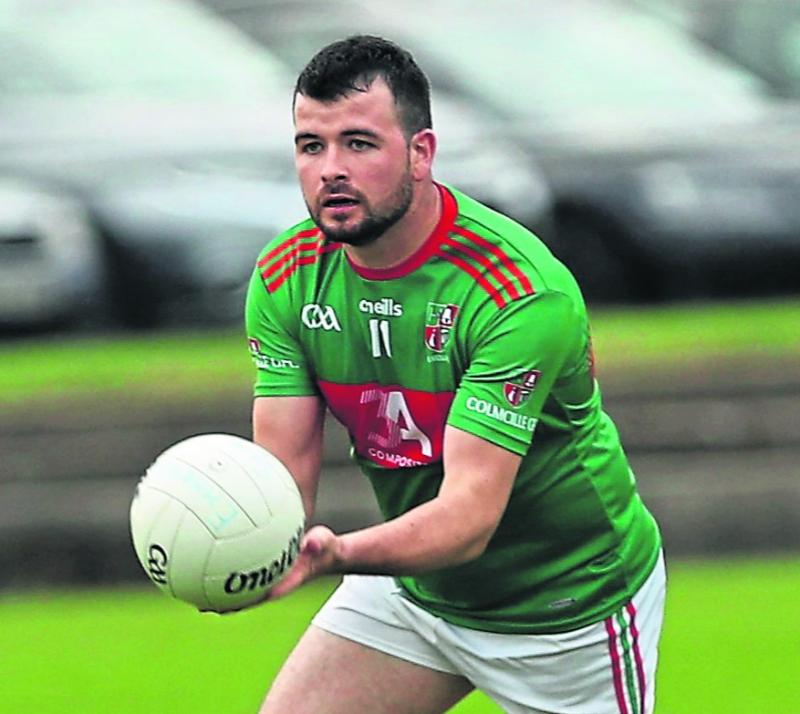 After almost letting the victory slip from their grasp in the tense and exciting finish, Colmcille snatched the winning score in stoppage time when a costly Killoe mistake led directly to Fergal Sheridan shooting over the bar.

It was no more than Colmcille deserved in front of a big attendance at the Dromard grounds (the game was delayed for ten minutes due to crowd congestion) and they were the better team throughout the Senior Football Championship Group 2 clash in the glorious sunshine on Sunday evening last.

Emmet Og substitute Denis McGoldrick scrambled the ball over the line for the equalising goal in the 60th minute and a draw was looking the likely outcome until Sheridan was gifted the chance to claim a second consecutive success for Colmcille in the current Connolly Cup campaign.

After suffering another setback in the aftermath of their shock defeat against Rathcline in Round 1, the pressure is mounting on Killoe who are bottom of Group 2 with no points but will still be expected to reach the quarter-finals with the remaining fixtures in the group stage against Carrickedmond, Clonguish and Abbeylara.