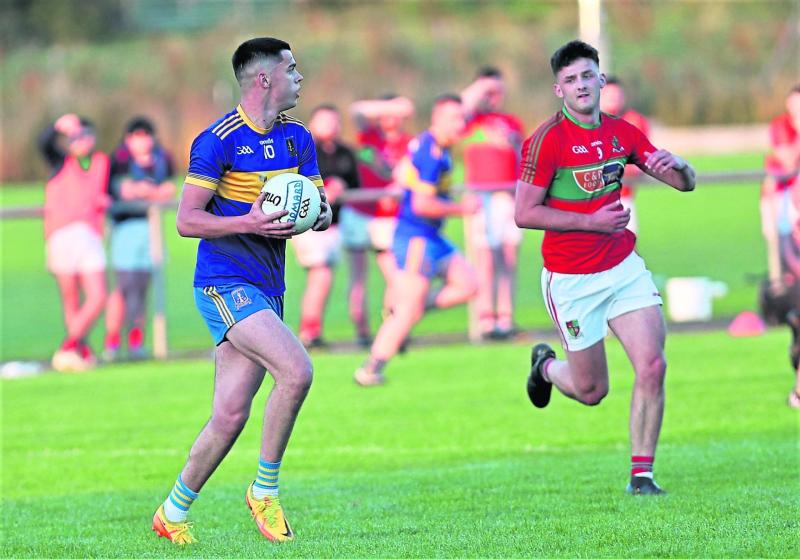 Physically stronger Dromard managed to hold out for a crucial win over Mostrim in the Senior Football Championship Group 1 clash at the Monaduff grounds on Saturday evening last.

In a dramatic finish to this tough Round 2 fixture played in perfect conditions at the Drumlish venue, Edgeworthstown closed the gap to just a solitary point when Darragh Doherty converted a penalty for a goal in stoppage time following a foul on Seamus Hannon.

Mostrim launched another attack in search of the equalising score but the danger was cleared as Dromard broke and the alert Ross McNerney found the back of the net to clinch the victory after connecting with a right wing cross from the determined Matt Duffy.

Dromard overcame the setback of losing full-back Oisin O’Toole to a black card in the 50th minute as the 14 players on the pitch stood firm to protect their lead in the closing stages of the match.