Longford and Monaghan battle it out for All-Ireland minor glory 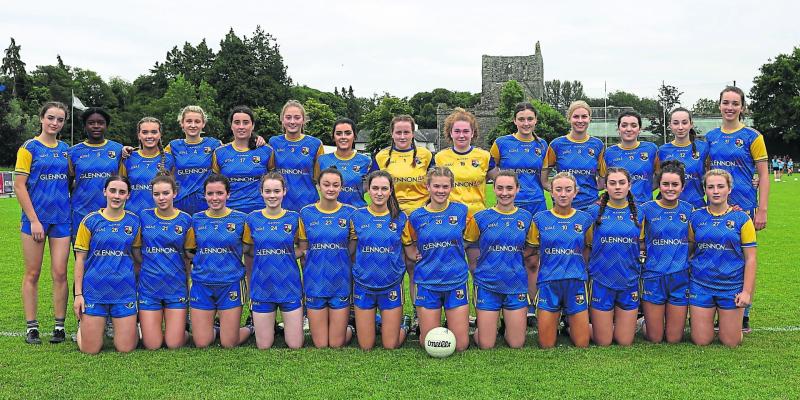 After their impressive march to the All-Ireland ‘B’ title decider, the Longford ladies minor football squad will be in a fairly confident frame of mind in their bid to cross the final hurdle at the Donaghmore Ashbourne GAA grounds, Co Meath this Wednesday evening, throw-in 7pm.

Standing in their way are Monaghan and on the evidence of their excellent comeback win over Kerry in the semi-final the Ulster ‘B’ champions will be difficult to beat.

Looking in big trouble when trailing by seven points at the break, they came storming back to triumph by a single point in a thriller.

Goals were the decisive factor in the 5-7 to 3-12 success and Monaghan will be on a high in the firm belief that they can come out on top in the battle for All-Ireland glory.

The Longford attack is also packed with plenty of scoring power as they clearly showed in the most emphatic 5-14 to 2-7 win over Sligo in the All-Ireland semi-final.

Thanks to first half goals from Elle Lynn, Kate Shannon (2) and Anna Hayden it was all over as a contest at the break with Longford holding a commanding 4-6 to 0-3 lead and the manager Pat Tiernan will be hoping that his side can produce the same sort of impressive form in the final.

Pat and his fellow mentors Paddy Ganly, Mairead Reynolds, Liz Heaney and Ronan Gallagher deserve a lot of credit for guiding this talented team to within one step of All-Ireland glory and with a bit of luck the ‘B’ title can be captured.

The County U-18 girls stormed through the Leinster campaign with fine wins over Louth, Wexford, Westmeath, Laois and Dublin on the path to provincial success and they will certainly not fear Monaghan.

Captain Caoimhe McCormack (Carrickedmond) will be joined by Funmi Talabi (Mostrim) and Ella Duggan (Clonguish) in a strong half-back-line while Grace Kenny (Longford Slashers) is proving to be a commanding figure at full-back.

Ella O’Reilly (Mullinalaghta) and Sian Gallagher (Ardagh St Brigid’s) have developed into a powerful midfield pairing while the key players in a generally sharp attack are Kate Shannon (Slashers) and Kate McEntire (Dromard).

Getting so far is a fantastic achievement for Longford and with the backing of a large contingent of supporters the midlanders could be good enough to master Monaghan.