Longford SFC: Mullinalaghta still the main contenders in the quest for county title 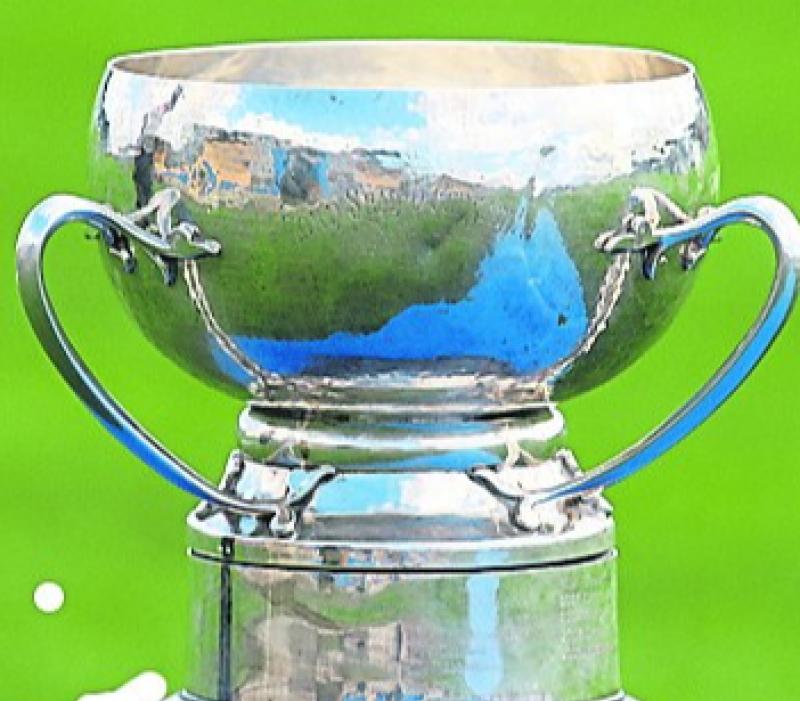 Who will lift the Connolly Cup this year?

After their magnificent achievement in winning the senior football championship title for the fourth time in the space of six years, Mullinalaghta are still very much the main contenders for the Connolly Cup.

As their success record shows, not forgetting the many league title triumphs during a glorious period for the club in the county competitions, St Columba’s will take some stopping such is their vast experience.

Laced with a lot of quality players, the Mullinalaghta machine will motor on and they are strongly fancied to make a winning start against Mostrim in a repeat of last year’s title decider which they won with ease.

The Higginstown grounds in Granard is the venue for the first round fixture this Sunday (throw-in 1.30pm) and the Edgeworthstown manager Ray Hussey worked wonders to guide his native club into the 2021 county final.

Hit by injury problems this season, Mostrim will be doing well to qualify from the group stage and will probably prove no match for Mullinalaghta who are expected to finish top of the table in the league stage of the championship.

With the obvious exception of the 2020/2021 Intermediate title winners St Brigid’s Killashee who are missing many players in a fierce struggle this season, the battle for the other three quarter-final places in Group 1 is a very interesting situation.

Longford Slashers and St Mary’s Granard clash at C&D Devine Park in Edgeworthstown on Saturday evening (throw-in 8pm) while the opening fixture at the same venue is the meeting of Dromard and Killashee (6.15pm).

With Sean Hagan back in charge, Dromard could make a big impact in the championship race with the emergence of a few promising young players adding to the usual core of experience.

The north Longford side will cruise to a very easy win over St Brigid’s who recently parted company with their manager Seamus Quinn, the former Leitrim All-Star.

After reaching the 2019 and 2020 county SFC finals in losing narrowly against Killoe on both occasions, Slashers completely flopped last year in suffering the bitter disappointment of failing to qualify for the quarter-finals.

Former Ardagh and Longford midfielder Liam Keenan is the new Slashers supremo and he is working with a generally young squad who have the potential to achieve an extended run in the current championship campaign.

The transfer of ex-Ballymahon player Joe Kelly will strengthen the Slashers attack but they could be hard pressed to get the better of Granard who ran Colmcille close at the quarter-final stage last year.

Powered by the outstanding Darren Gallagher at centrefield, St Mary’s will be quietly confident of coming out on top and a close encounter is probably in prospect with the winners here taking a big step in the bid to reach the last eight.

While Group 2 would appear to be tougher in terms of qualification for the quarter-finals, few can argue with the fact that the top spot will surely develop into a battle between Colmcille and Killoe.

Under the guidance of their shrewd new manager Mickey Harkin, Colmcille’s championship hopes got a big boost when they captured the Skelly Cup after scoring a fine win over Mullinalaghta in the recent Division 1 League Final.

Colmcille kick-off the 2022 Connolly Cup with a clash against Clonguish at Maguire Park in Ballinalee this Friday evening (throw-in 8pm) and it will be a major surprise if they fail to make a winning start after hammering the same opposition in a recent league game at Allen Park.

Clonguish fielded  an understrength team on that occasion and while they will endeavour to produce a much improved performance, defeat is most likely to be the outcome for Liam Belton’s charges in the first round fixture.

Tommy Donohoe steered Killoe to back-to-back championship titles in 2019 and 2020 and while they struggled in the league this season, a major factor was the absence of several regulars.

Emmet Og, as always, are Connolly Cup contenders and will be a completely different proposition in the championship.

At the same venue on Sunday evening (7pm), Abbeylara take on Carrickedmond and Ryan Plunkett’s side will need to bounce back quickly from the heavy defeat they suffered against Mullinalaghta in the recent Leader Cup semi-final.

Stephen Coy is back in charge of Carrickedmond who sprang a surprise in knocking Slashers out of the championship last year but will be without a couple of key players in Michael Cahill (injured) and Aidan McGuire.

12 clubs in the 2022 senior football championship

The 12 clubs in the Senior Football Championship are divided into two groups of six with the top four in each section qualifying for the quarter-finals.

The bottom two teams in each group will battle it out in the relegation play-offs with one team demoted to the 2023 Intermediate Championship.