Louth the opposition in the senior championship final: LIVE on TG4 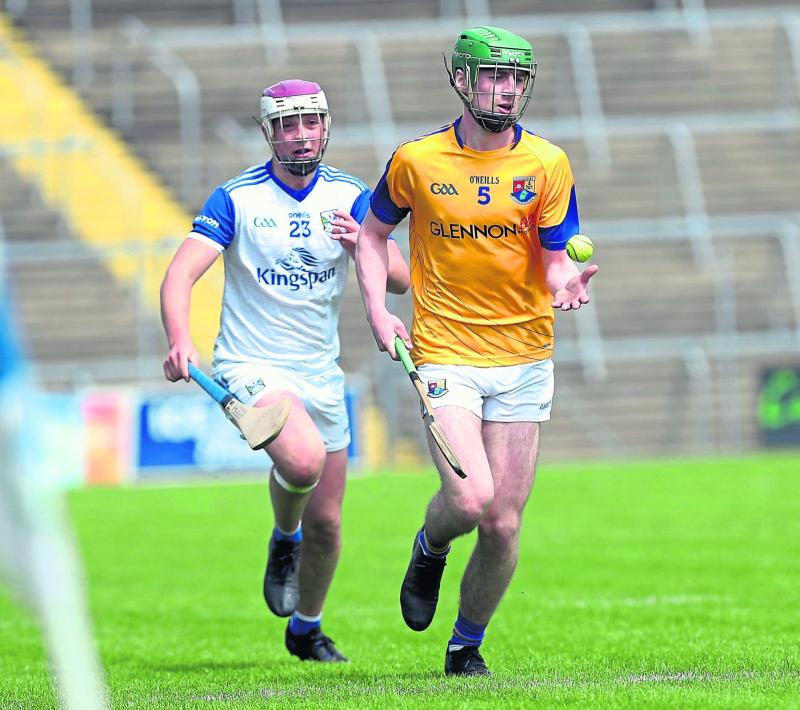 Adam Quinn pictured in action for Longford against Cavan in the Lory Meagher Cup Round 5 clash on Saturday last Photo: Syl Healy

The Longford hurlers are heading to Croke Park this Saturday with high hopes of winning the Lory Meagher Cup for the third time when they take on Louth in the senior championship final, throw-in 1pm. LIVE on TG4

Under the guidance of shrewd manager Adrian Moran from the Ringtown club in Westmeath in his first season in charge, Longford have bounced back from the disappointment of losing to Fermanagh in the National League Division 3B Final.

So unlucky to suffer a last gasp setback against Leitrim in the opening round of the championship, the resilient county hurlers showed a lot of character in going on to beat Lancashire, Louth and Monaghan in tight games.

Longford’s place in the Lory Meagher Cup title decider for the first time since 2014 was confirmed following the comfortable seven points win (0-27 to 2-14) over Cavan in the remaining group stage fixture at Kingspan Breffni Park on Saturday last.

Clonguish sharpshooter Joe O’Brien was in fine form, firing over the impressive total of 13 points, and the midlanders are now facing a tough task against Louth at Croke Park on Saturday.

Louth, who lost to Longford by a single point in the group stage clash a few weeks ago, made it through to the Lory Meagher Cup final on the head-to-head rule after their narrow 2-18 to 2-16 victory over Leitrim on Saturday last.

Looking in serious trouble after Evan Tully was sent-off after receiving a harsh red card in the 30th minute, brave Longford battled back for a brilliant win over Louth despite the numerical disadvantage in the group stage fixture at Glennon Brothers Pearse Park.

Down to 14 players and trailing by a couple of points at the break (0-9 to 0-7), the revitalised home county showed great intensity in producing a tremendous second half performance to beat Louth by the minimum of margins (1-16 to 1-15) in the tense and exciting finish.

Another close encounter is in prospect in the final on Saturday with Louth also bidding for a third Lory Meagher Cup triumph after previously winning the title in 2016 and 2020 while Longford were crowned champions in 2010 and 2014.